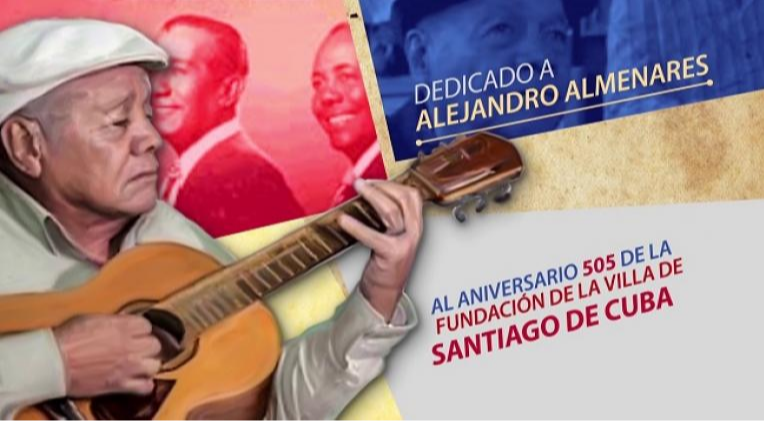 Havana, March 11 (RHC)-- The 58th edition of the Pepe Sánchez Trova Festival will be held March 17th through the 19th on social networks.

The organizing committee recalled that the 2020 event was cancelled after the emergence in March last year of the first Covid-19 cases here in Cuba.

At a press conference Wednesday, the event president, trova musician Eduardo Sosa said that the event will pay homage to trova musician from Santiago de Cuba Alejandro Almenares, also a renowned guitarist and composer, who during the Festival will be presented with the National Culture Distinction in recognition for his significant, tireless contribution to the music genre and Cuban culture in general.

The event president announced that Canal Clave of Cuban television will broadcast audiovisual materials in the framework of the Pepe Sánchez Trova Festival.

In this sense, Cuban families will be able to enjoy two trova music concerts daily by great exponents of the music genre --the first one at 4:30 p.m. and then the other one at 8:30 p.m. Cuban time.

Trova musician Eduardo Sosa further said that the concerts and other activities in the framework of the festival will be streamed on the YouTube channel of the Culture Ministry and the more than 130 Facebook pages attached to Streaming Cuba.

The Festival will begin with the iconic tune La Bayamesa and will conclude with the theme La Canción de la Trova, both performed by Alejandro Almenares himself and Septeto Santiaguero.

Highlights of the festival include a pilgrimage on March 19th to the Santa Ifigenia Cemetery, where the remains of some of the greatest exponents of trova music rest, among them Pepe Bandera, Miguel Matamoros, Compay Segundo and Pepe Sánchez himself.

At the press conference, authorities with the Ministry of Culture announced the release in the framework of the trova festival of a series of documentary films on the history and main exponents of the music genre, under Unicornio label of Producciones Abdala, directed by José Manuel García.