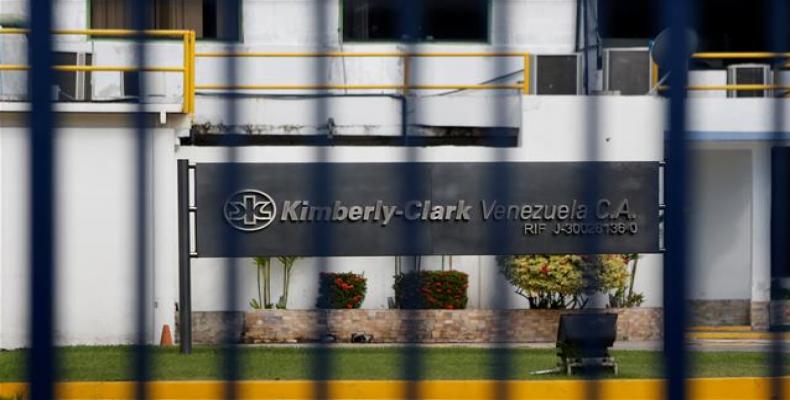 Caracas, July 23 (RHC)-- Venezuelan President Nicolas Maduro visited the recently-seized installations of the Kimberly Clark corporation, where he committed funds to ensure the operation of the factory in an effort to help make important personal hygiene goods available.

The factory — which was recently seized and handed over to the workers — is a producer of numerous personal, feminine, and baby care products.  The factory is believed to be able to produce 20 percent of the national demand for these products.

The company halted operations earlier this month and fired more than 900 workers, with the company alleging that they lacked the raw materials to make their products.  However, a government investigation found the company's warehouses to be well-stocked.

Maduro approved $22 million for the operation of the factory and more funds, in Venezuelan Bolivars, to purchase the necessary raw materials.  The factory can produce, every month, 25 million diapers, 18 million sanitary napkins and 33 million rolls of toilet paper – products that have been in short supply throughout Venezuela.

President Nicolas Maduro has repeatedly accused managers and owners of certain private companies of engaging in an “economic war” against his government by deliberately limiting the availability of basic goods, including personal hygiene products.

President Maduro had warned in May that shuttered businesses and factories would be given to the workers so production could be restarted.  The Venezuelan government launched a new program this month aimed at tackling shortages of food and medical supplies.