Striking Mexican Teachers in Oaxaca to Return to Classroom 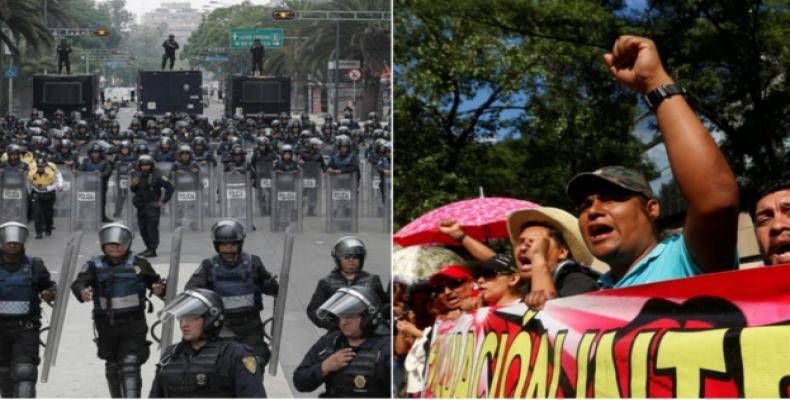 Mexico City, September 6 (RHC)-- Teachers affiliated with the militant National Coordinator of Education Workers in the state of Oaxaca voted to return to the classroom this week on the condition that the government of Enrique Peña Nieto return to the negotiating table, a union leader told Proceso magazine.

Isabel Garcia Velasco, a member of the Political Commission of Local 22 of the union, told Proceso that only 70 percent of their members would return to classes, with the remaining 30 percent continuing the strike.

The National Coordinator of Education Workers, known as the CNTE, has maintained its protest for over a hundred days, including permanent encampments in the state capitals and in Mexico City.

Teachers affiliated with the CNTE refused to go back to classes for the start of the school year last month to protest the government’s refusal to consider their demands.  In response, the government said any chance of resuming negotiations to discuss the union’s concerns is off the table.  Garcia Velasco added that the federal government was sending scabs to replace striking teachers in an effort to break the strike and the union.

The decision by teachers in Oaxaca to return to classes is being presented before a gathering of teachers affiliated with the CNTE from throughout the country at the National Representative Assembly on Tuesday.  Leaders stressed that should the government fail to negotiate in good faith that they would engage in more radical protests.