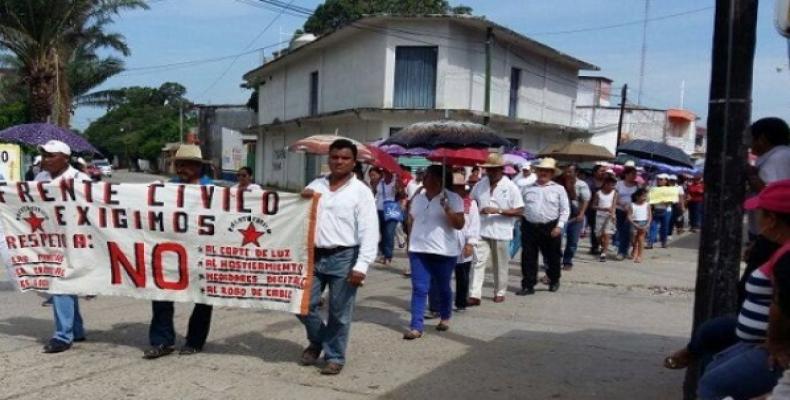 Mexico City, June 24 (RHC)-- Striking teachers held a meeting between Mexican officials and union leaders as an achievement of the popular movement, sparked by neo-liberal education reforms and harsh government repression against protests in the southern state of Oaxaca, that put pressure on authorities to agree to talks.

But tensions have yet to be smoothed over as details of state intimidation and threats of forced disappearance against leaders continue to surface and the union has vowed to keep protesting until their demands are met.

The meeting between Interior Minister Osorio Chong and members of the CNTE teachers' union from different states was held to work toward resolving the conflict.

The CNTE representatives said they were “very clear” that their goal is to see “the repeal of the disastrous education reform” and that their mobilizations won’t stop until the government meet their demands, the Mexican daily La Jornada reported.

The union has been calling for dialogue for months, but recent escalation of protests with road blockades in Oaxaca over the weekend and outrage over a violent government crackdown killing up to 12 people finally pushed the government to respond. The teachers reject neo-liberal education reforms introduced by President Enrique Peña Nieto’s government, including mass layoffs and the criminalization of union leaders.

Meanwhile, reports of threats against striking teachers and their supporters suggest that state agents remain bent on continuing to intimidate and deter protesters.