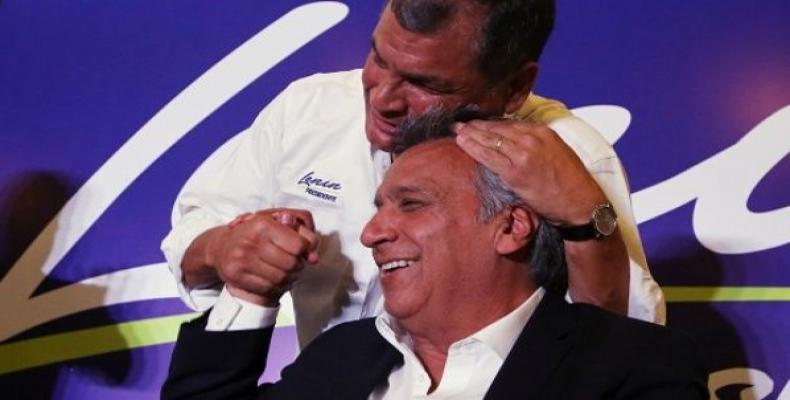 Quito, February 20 (RHC)-- With just over 87 percent of votes counted in Ecuador's election as of Monday morning, ruling party candidate Lenin Moreno is leading the presidential race with 39.11 percent of the vote, bringing him closer to the 40 percent threshold that he needs to avoid a second round.

Ecuador's National Electoral Council is expected to release final results after 100 percent of the votes are counted.  Analysts have stressed that the partial results are preliminary, with some of Alianza Pais' most loyal areas yet to be counted.