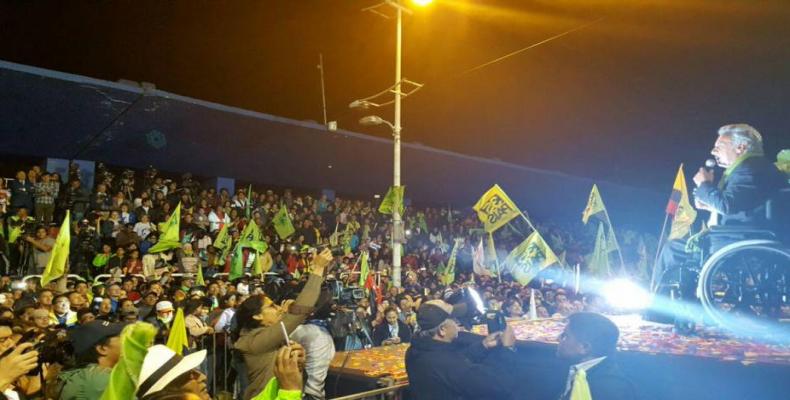 Quito, April 3 (RHC)-- Lenin Moreno of the ruling Alianza Pais party was declared the winner of the run-off presidential election, held Sunday in Ecuador. Moreno won with more than 51 percent of the vote, defeating right-wing banker Guillermo Lasso, who garnered roughly over 48 percent.

Upon learning the official results, Moreno addressed his supporters, vowing to implement a political program toward consolidating the country's achievements over the past decades under the leadership of President Rafael Correa.

President Rafael Correa congratulated Moreno and condemned the acts of violence registered in various cities across the Andean nation.

Correa resorted to social networks to say that Moreno's presidential victory is good news for the country, as the Citizenship Revolution will grow stronger for the benefit of all Ecuadorians alike. He issued a call on his opponents to accept the will of the vast majority of the Ecuadorian people, as expressed in Sunday's vote.