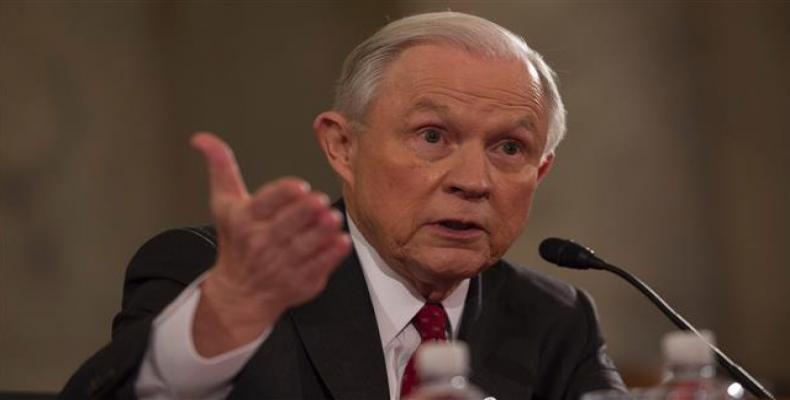 Trump’s pick has drawn widespread outrage because of Sessions’s opposition to the Voting Rights Act, support for anti-immigration legislation and history of making racist comments, which included reportedly saying he thought the Ku Klux Klan was "OK until I found out they smoked pot."  Sessions has also called the American Civil Liberties Union and the NAACP "un-American" and "Communist-inspired."

Last week, NAACP President Cornell William Brooks and five other civil rights leaders were arrested during a sit-in at Sessions’s Alabama office, demanding he withdraw his name for consideration for attorney general.

On Monday, The New York Times editorial board criticized Sessions for failing to turn over dozens, if not hundreds, of documents requested by the Senate Judiciary Committee’s questionnaire.  The Huffington Post reported in December that Sessions’ submitted questionnaire originally failed to disclose even the fact that he’d been denied confirmation for the federal judgeship in 1986.

And while the Office of Government Ethics has completed Sessions’s ethics report, The Washington Post reports Sessions failed to disclose that he owns oil interests in Alabama -- a breach of the ethics requirements.