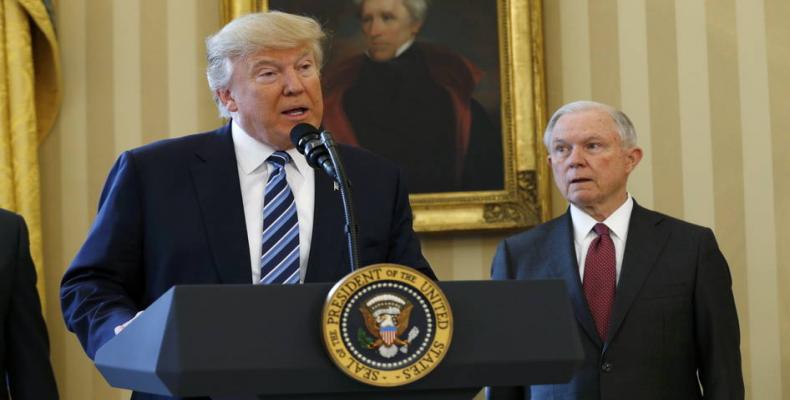 Washington, February 11 (RHC)-- Jeff Sessions has been sworn in as U.S. attorney general.  Vice President Mike Pence administered the oath of office to the longtime Alabama senator during a ceremony in the Oval Office.

Afterward, Sessions addressed reporters, promising to get tough on immigration, and claiming that terrorism and crime are surging nationwide.  Sessions said: "We have a crime problem. I wish the rise that we are seeing in crime in America today were some sort of aberration or a blip.  My best judgment, having been involved in criminal law enforcement for many years, is that this is a dangerous, permanent trend that places the health and safety of the American people at risk."

In fact, FBI statistics show the homicide rate has fallen consistently -- and dramatically -- since the early 1990s.  And property crimes are at a low not seen since the 1960s. Sessions’ comments came after President Trump falsely claimed the U.S. murder rate is at its highest level in more than four decades.  It’s actually at one of its lowest points in the last 50 years.