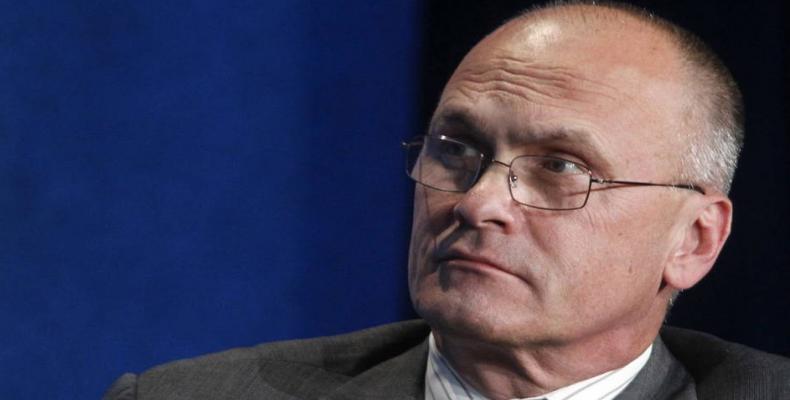 Washington, February 9 (RHC)-- Donald Trump’s pick for labor secretary, Andrew Puzder, is facing increasing criticism over his admission that he hired an undocumented housekeeper.  Puzder says he and his wife employed an undocumented housekeeper for a number of years and then fired her after learning she didn’t have U.S. work documents.  He also says they provided her help in obtaining U.S. documentation.

Puzder is the second of Trump’s Cabinet nominees who has acknowledged hiring an undocumented worker.  The first was commerce secretary nominee, billionaire Wilbur Ross.  Similar practices have led to the rejection of past Cabinet nominees, including two of President Clinton’s nominees for attorney general in 1993.

Meanwhile, The Washington Post reports Puzder’s chain restaurants Carl’s Jr. and Hardee’s have been the subject of multiple Labor Department investigations over wage theft, which have led the companies to pay nearly $150,000 in back pay to workers and more than $80,000 in penalties.  The companies have also been cited with more than 30 health and safety violations.  Puzder is also facing criticism over allegations of domestic abuse by his ex-wife, who even went on "Oprah" in disguise to speak about domestic violence.  Puzder’s ex-wife, Lisa Fierstein, has now told senators she regrets appearing on "Oprah" and that "Andy and I have since forgiven one another for the hurt we caused each other."