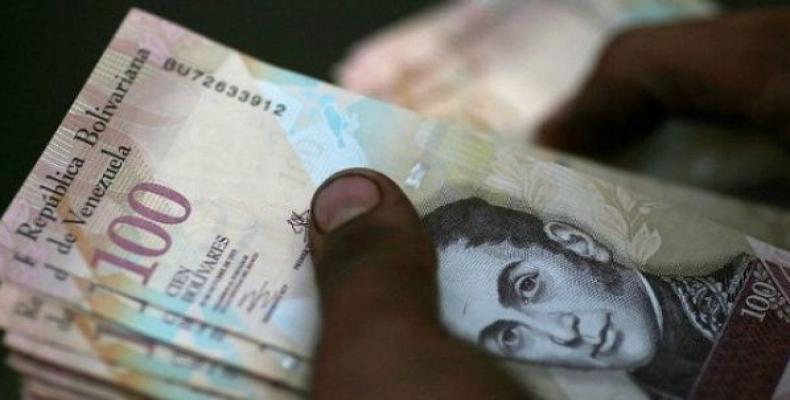 Caracas, February 15 (RHC)-- A massive hoard of 50 and 100 Venezuelan bolivar Bills, amounting to 30 tons in weight, was discovered in a house in Paraguay on the Brazilian border, according to a report by the Associated Press.

The private house located in Salto del Guaira, northeast of the capital Asuncion, belongs to Leandro Da Costa, a Paraguayan that made no declaration on the discovery.  According to Prosecutor Julio Yegros, the haul amounts to 30 tons of bills, but its total value will have to be determined by experts and the documents detailing its entry to the country need to be verified.

The massive find is the latest example of the ongoing of hoarding Venezuela’s larger notes as part of the so-called currency war.  What the government calls “financial mafias” — including organized crime groups, speculators and right-wing business owners — have been speculating and hoarding huge amounts of 100 bolivar bills.

Most commonly, bolivars are been hoarded in Colombia as well as Brazil, and the situation has severely affected the value of Venezuela’s currency.  Hoarding and the large flow of bolivars out of the country, combined with soaring inflation, has seen Venezuelan ATMs running out of cash and being forced to deliver only bills of smaller denominations of bolivars to users, causing a major inconveniences for locals.

To combat the widespread hoarding, the Venezuelan government announced plans late last year to take the 100 bolivar bill out of circulation and introduce a new 500 bolivar bill, as well as higher denomination bills, which will be introduced gradually.  Venezuela has also closed its border from time-to-time with Colombia to help control hoarding and smuggling.

The Venezuelan government says cross-border smugglers take advantage of price controls and subsidized exchange rates, where goods are taken out of Venezuela to sell for higher profits elsewhere, contributing to shortages in the country.