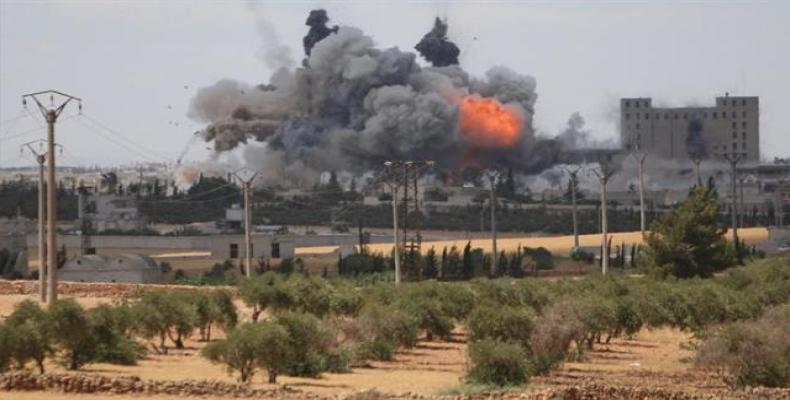 The so-called Syrian Observatory for Human Rights reported that one woman, two boys and five girls lost their lives on Friday when U.S.-led warplanes struck areas in the provincial capital city of Raqqah, located about 455 kilometers (283 miles) northeast of the capital Damascus.

The development came only a day after at least five people, including a man, his two sons and a grandson, were killed and several others sustained injuries, when U.S. military aircraft bombarded an area in the same Syrian city.

The U.S. military alliance has repeatedly been accused of targeting and killing civilians.  It is operating inside Syria without any authorization from the Damascus government or a United Nations mandate.