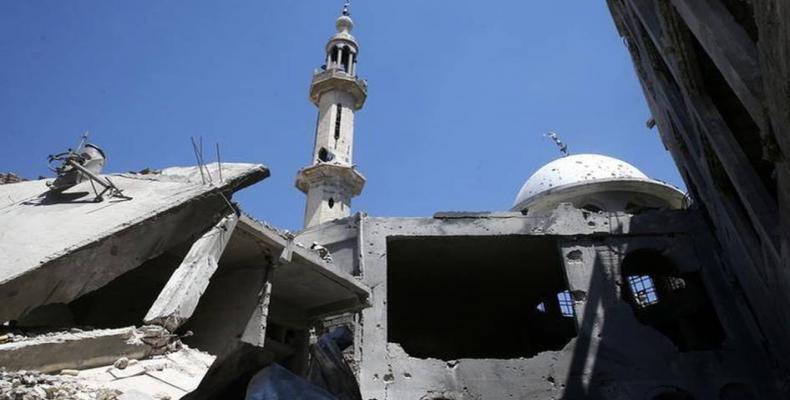 Damascus, May 30 (RHC)-- In Syria, a monitoring group says U.S.-led airstrikes killed more than 100 civilians -- including 47 children -- on Thursday and Friday last week in the ISIS-held town of Al Mayadeen in eastern Syria.

The Syrian Observatory for Human Rights says the two rounds of strikes targeted the families of ISIS fighters and that the vast majority of the victims were civilian women and their children.  The U.S.-led coalition has acknowledged launching the airstrikes on the town.