At Least 12 Civilians Killed in U.S. Airstrikes in Syria 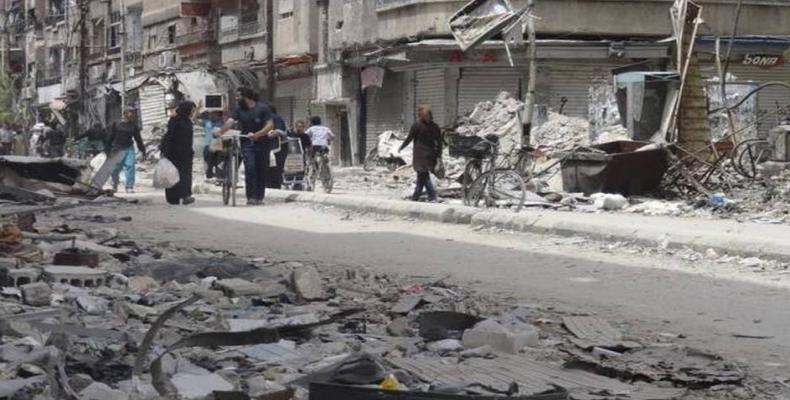 Damascus, October 2 (RHC)-- At least 12 civilians have been killed in the latest U.S. airstrikes on Syria’s eastern province of Dayr al-Zawr.  According to the Syrian news agency SANA on Sunday, five people were killed while U.S. jets targeted civilian areas located in the al-Kitf Street, the surroundings of al-Shafiei Mosque and al-Massriyeh roundabout in al-Bukamal city.

Earlier, the Syrian Observatory for Human Rights reported that some than 2,800 civilians have lost their lives in three years by the U.S.-led coalition.  Over 3,000 people have been killed in the past month of foreign-sponsored militancy in Syria, a report says.

The U.S.-led coalition has been conducting airstrikes against what are said to be Daesh targets inside Syria since September 2014 without any authorization from the Damascus government or a United Nations mandate.
The military alliance has repeatedly been accused of targeting and killing civilians.  It has also been largely incapable of achieving its declared goal of destroying Daesh.

The Syrian Ministry of Foreign Affairs and Expatriates, in two separate letters sent to UN Secretary General António Guterres and rotating President of the UN Security Council Amr Abdellatif Aboulatta on August 24, stated that the US-led coalition was perpetrating war crimes and crimes against humanity through aerial bombardment of residential neighborhoods.