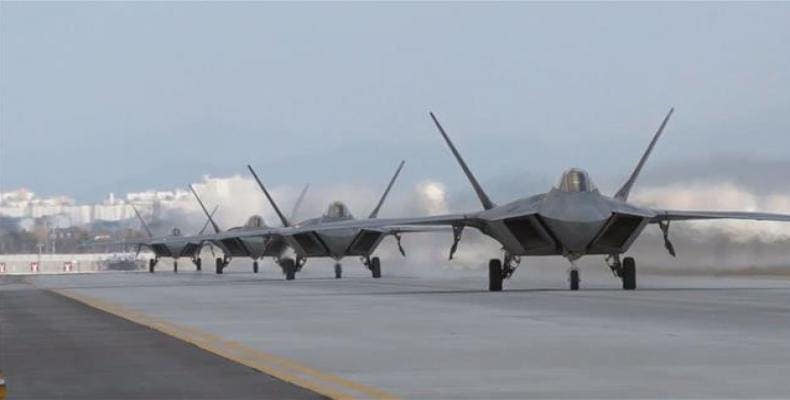 Pyongyang, December 5 (RHC)-- North Korea has warned that U.S. actions were bringing the Korean Peninsula “to the brink of nuclear war.”  The warning came as the U.S. and South Korea held massive war games, which involves 12,000 U.S. service members, including marine and navy personnel, South Korean troops, F-35 fighters and, according to a South Korean-based U.S. Air Force spokesperson, the largest number of 5th generation fighters to take part in such an exercise.

A spokesperson for the Committee for the Peaceful Reunification of the Country of the DPRK released a statement, which read in part: "The projected war rehearsal is just a grave military provocation which will push the already acute situation on the Korean peninsula to the brink of nuclear war."

Last week, Russian Foreign Minister Sergey Lavrov said additional sanctions against the Democratic People's Republic of Korea, coupled with “large-scale” joint U.S.-South Korean military exercises, give the impression that the United States wants to provoke DPRK President Kim Jong-un.  Lavrov said: "The Americans need to explain to us all if they want to find a pretext to destroy North Korea.  Let them say it directly... then we can take a decision about how to react."

Earlier this year, North Korea said it would freeze its nuclear weapons program in exchange for an end to U.S. and South Korean war games, an overture rejected by the Trump administration.