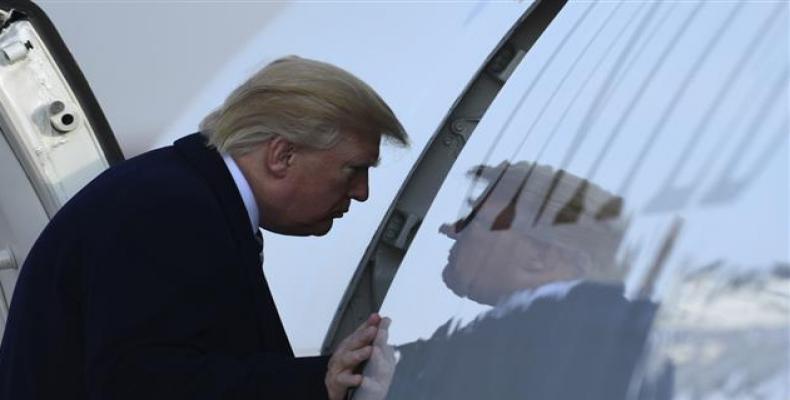 Washington, May 24 (RHC)-- U.S. President Donald Trump has canceled plans for a June 12th summit with North Korean leader Kim Jong-un to be held in Singapore.

In a letter signed by Trump and addressed to Kim, Trump claims Kim’s recent comments as his reason for canceling the talks.  This comes after North Korea has repeated its threat to walk away from the summit, citing statements from Vice President Mike Pence it called “ignorant and stupid.”

On Monday, Pence repeated the Trump administration’s talking point that North Korea could end up like Libya if it doesn’t abandon its nuclear weapons -- a reference to the U.S.-led intervention in 2011 that led to the overthrow of leader Muammar Gaddafi, who was dragged through the streets and publicly killed by rebels.

In response, a top North Korean official said Wednesday: “Whether the U.S. will meet us at a meeting room or encounter us at a nuclear-to-nuclear showdown is entirely dependent upon the decision … of the U.S.”