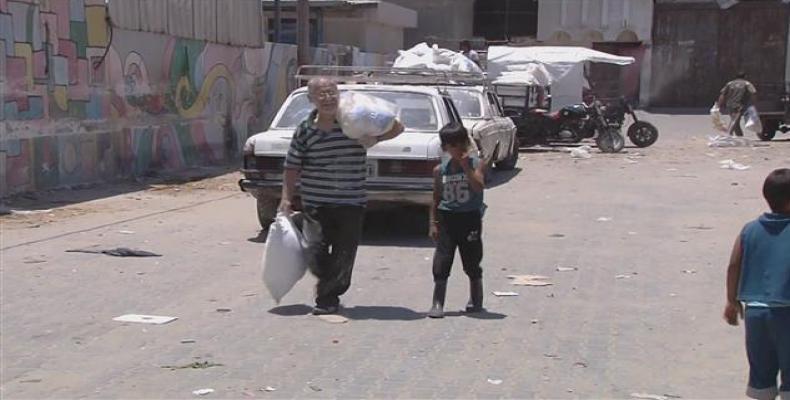 Ramallah, June 29 (RHC)-- Financial troubles facing the United Nations Relief and Works Agency for Palestine Refugees (UNRWA) threatens to “adversely affect the lives of some five million Palestinian refugees who rely heavily on the services provided by the agency,” the Hamas group said in a release.

“It is unacceptable that Palestinian refugees continue to suffer; that their lives must depend on international political calculations and racist U.S. decisions that favor the Israeli occupation at the expense of [Palestinian refugees’] inalienable rights,” the statement read.

The Trump administration is currently withholding a $65 million U$D budget “pending further consideration.”  This move by the superpower has amplified the agencies financial woes.  Hamas further commented that Arab and Muslim states should “live up to their pledges” and contribute to the funding of the refugee agency.

Pierre Krahenbuhl, UNRWA director, said the 50% funding cut by ex-top donor United States is endangering basic services and could impact about 500,000 children being able to start the school year.  UN Secretary-General António Guterres posted on Twitter to say the organization is about helping Palestine refugees building a foundation of dignity and hope for the future.

The refugee agency is expected to hold an international conference to lobby UN member states to fill the $250-million shortfall.  The UNRWA provides services -- from food assistance and medical care to sanitation -- to millions of Palestinian refugees in Gaza Strip, the West Bank, Jordan, Lebanon and Syria.

Hamas is also pushing for the UN to incorporate the budget of the UNRWA into the body’s main budget, stressing that “radical solutions” are critical to averting a potential refugee crisis.  “The UN should take a responsible decision by approving the agency’s budget as part of its primary budget,” the Gaza-based group said on Monday.

At the end of 2014, the number of Palestinian refugees worldwide was about 5.9 million, according to Palestine’s official statistical agency.