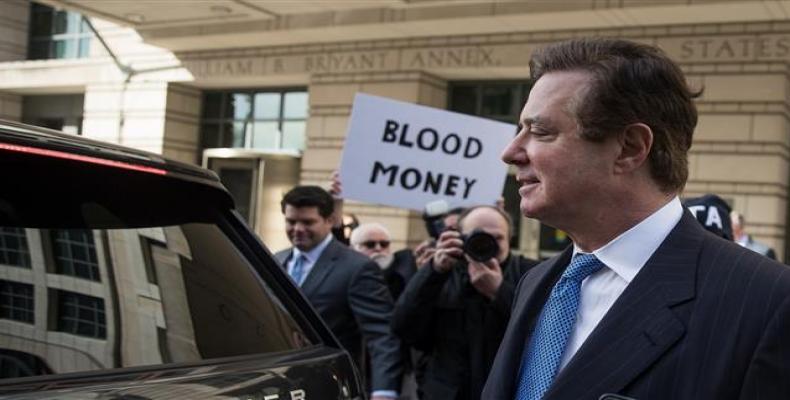 Manafort appeared at the federal courthouse in Washington, DC and entered a formal plea of not guilty to a second indictment brought against him by prosecutors working for Special Counsel Robert Mueller.

Mueller, a former FBI director, has been appointed as the Justice Department’s special counsel to investigate the Trump campaign’s alleged ties with Russia and whether Trump or his associates colluded with Moscow.

During the hearing, Judge Amy Berman Jackson set a September 17 trial date for Manafort and reprimanded him for making a public statement last week about Gates' plea.  "I can certainly understand the impulse to not let that go by without asserting your innocence," Jackson told Manafort, referring to Gates' plea and "hundreds" of news articles about it.

Manafort has been accused of money laundering, tax fraud and banking fraud connected to work he did for Viktor Yanukovych from 2006-2014.  Yanukovych was Ukraine's president beginning in 2010.

After Yanukovych was overthrown in 2014 and exiled to Russia, Manafort returned to the United States and joined Trump's presidential campaign in 2016.

Several U.S. congressional committees along with the special counsel have been investigating allegations of Russia’s interference in the 2016 election and its “collusion” with the campaign of President Donald Trump.

Trump has repeatedly denied allegations that his campaign colluded with Russians and has condemned the investigations.  Russia has also denied the allegations.