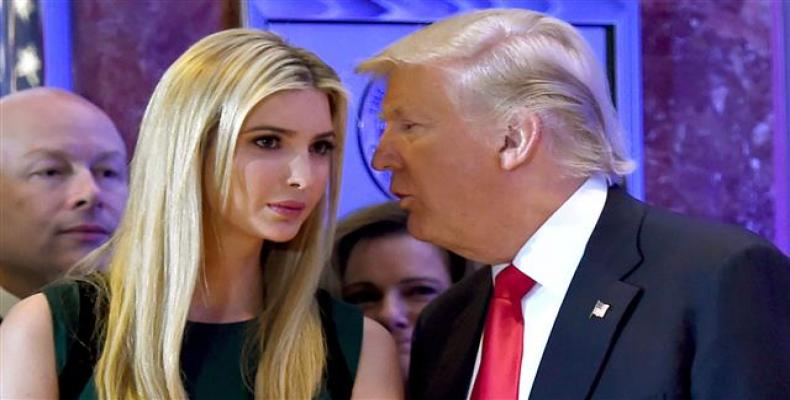 Washington, October 11 (RHC)-- The surprise announcement earlier this week by U.S. ambassador to the United Nations Nikki Haley that she would step down from her job has brought speculation as to her replacement.

Trump told reporters he is considering several people to replace Haley as U.N. ambassador, including former deputy national security adviser and Goldman Sachs executive Dina Powell, as well as Trump’s daughter Ivanka, who currently serves as a senior adviser to the president.  He said that he thinks Ivanka would be "incredible" representing the United States before the world body.

Haley’s resignation reportedly caught Secretary of State Mike Pompeo and other top officials by surprise.  During Haley’s time as U.S. ambassador to the U.N., the United States withdrew from the Paris climate accord; the U.N. Human Rights Council; the Iran nuclear deal; UNRWA, the U.N. agency that provides humanitarian aid to Palestinians; and UNESCO, the U.N. Educational, Scientific and Cultural Organization.

Haley’s resignation came just one day after a government ethics watchdog called on the State Department to probe her use of several free flights on private jets, paid for by three different South Carolina businessmen.