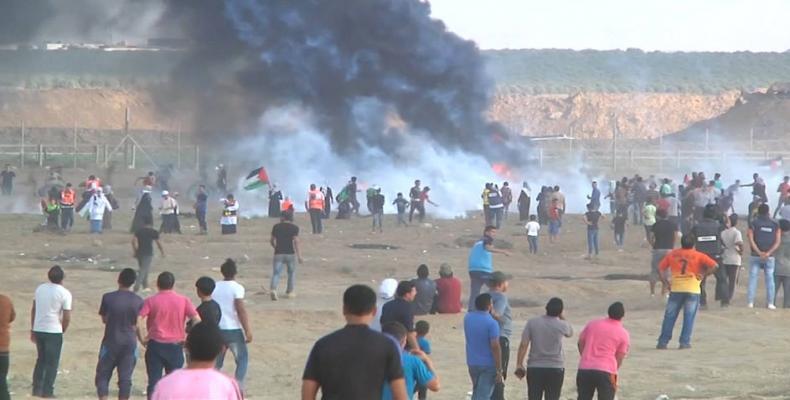 Ramallah, August 14 (RHC)-- Israeli forces shot dead two Palestinians during protests in Gaza over the weekend.  Three hundred and seven Palestinians were injured.  The dead included a 22-year-old medic named Abdullah al-Qatati, who was shot in the chest while treating another Palestinian man who had been fatally wounded.

Al-Qatati became the third medic to be shot dead in Gaza since the Great March of Return protests began in late March.  One of al-Qatati’s colleagues, said: “Yes, Abdullah was armed.  He was armed with bandages and surgical masks.”