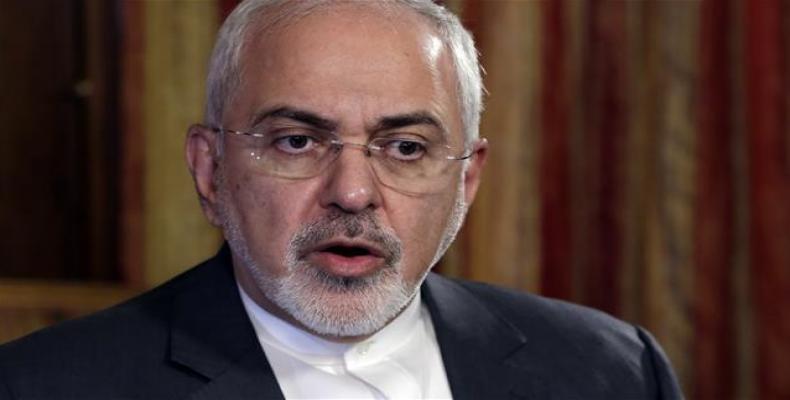 Zarif said in an excerpt of an interview broadcast on CBS's "Face the Nation" that Netanyahu's latest attempt at the United Nations General Assembly, in which he put on show pictures of an alleged Iranian nuclear weapons storage site, was meant to conceal the regime's own nuclear arsenal.

"He's just trying to find a smokescreen... Nonsense," said Zarif of Netanyahu's accusations.  The top Iranian diplomat said that Netanyahu had repeatedly been proven wrong in his claims about Iran's nuclear program as shown by recurrent probes of the International Atomic Energy Agency (IAEA).

Zarif had earlier dismissed Netanyahu's claims about Iran's secret nuclear sites, saying that the Israeli regime was the only entity in the world that had always refused to disclose facts about its nuclear weapons.

The IAEA has issued 12 reports on Iran's compliance with terms of an international agreement on the country's nuclear program which was signed in July 2015 between Tehran and six world powers.