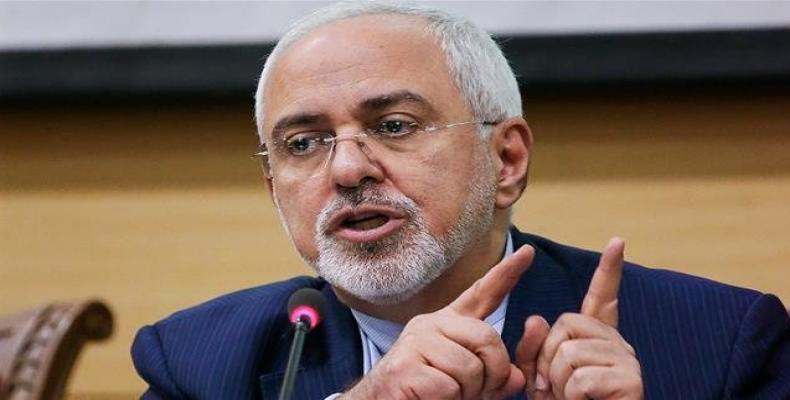 Istanbul, November 3 (RHC)-- Iranian Foreign Minister Mohammad Javad Zarif has shrugged off the forthcoming U.S. sanctions against the Islamic Republic, saying Washington would fail to achieve its goals by imposing new bans on Iran.   Speaking upon his arrival in Istanbul, Turkey, Zarif added that nothing new would happen after the imposition of the second batch of U.S. sanctions in the coming days.

U.S. President Donald Trump announced in May that Washington was pulling out of the nuclear agreement, officially known as the Joint Comprehensive Plan of Action (JCPOA), which lifted nuclear-related sanctions against Tehran in exchange for restrictions on Tehran's nuclear program.

A first round of American sanctions took effect in August, targeting Iran's access to the U.S. dollar, metals trading, coal, industrial software, and auto sector.  A second round will be targeting Iran's energy sector and financial transactions.

Zarif added that the European Union would approve the establishment of a mechanism by November 4th, which aims to bypass American sanctions and to allow the continuation of trade between Tehran and EU member states.

"However, due to the U.S. pressure, it may take some time before this mechanism becomes fully operational," Iran's foreign minister said, expressing hope that the implementation of the strategies devised between Iran and the EU would lead to further U.S. isolation within the international community.

Iranian Foreign Ministry Spokesman Bahram Qassemi said earlier this month that Iran has been doing copious work with Europe to devise a mechanism to guarantee continued bilateral trade despite attempts by the United States to obstruct such cooperation.

Iran says it is in the final stages of working out a vehicle for cooperation with Europe that would bypass the U.S., and says attempts to undermine such cooperation are doomed to failure.  "After much negotiation over a clear mechanism with Europe, we have neared certain understandings; and for sure, U.S. sabotage in that regard will fail," Qassemi said.

Iran has stayed in the JCPOA for the time being, but has stressed that the other parties to the agreement have to work to offset the negative impacts of the U.S. pullout for Iran if they wanted Tehran to continue to remain in it.

Europe has been taking a range of measures to meet Iran's demand for practical guarantees.  On September 24, Iran and its five partners released a joint statement announcing the setting up of a "Special Purpose Vehicle" to facilitate continued trade with Iran, bypass the U.S. financial system, and avoid any impact of America's secondary sanctions.