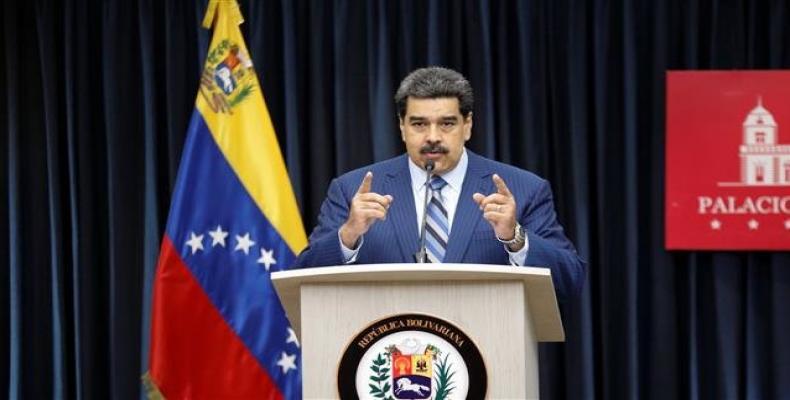 "Mr John Bolton has been assigned, once again, as the head of a plot to fill Venezuela with violence and to seek a foreign military intervention," Maduro said at a press conference in the capital, Caracas, on Wednesday.  He added that Bolton was coordinating the training of mercenaries in military posts in Colombia and the United States.

U.S. President Donald Trump said last year that he would not “rule out” military option for Venezuela to solve the ongoing crisis in the country.  Washington has also intensified unilateral sanctions on Venezuela, announcing bans on Maduro’s wife and several of his top allies to further increase pressure on the government in early September.

Caracas has been facing a series of U.S. embargoes targeting its economy and political authorities since 2014 under the pretext of alleged human rights abuses and threats to US national security.

In August, Maduro survived an assassination attempt during a military parade in Caracas.  He was unharmed while seven Venezuelan soldiers sustained injuries in the incident.

Venezuela's president has repeatedly accused the U.S. and Colombia, particularly Colombian ex-president Juan Manuel Santos, of having a role in the attack.  The Colombian Foreign Ministry denied any involvement of Bogota in the assassination attempt on Nicolas Maduro.