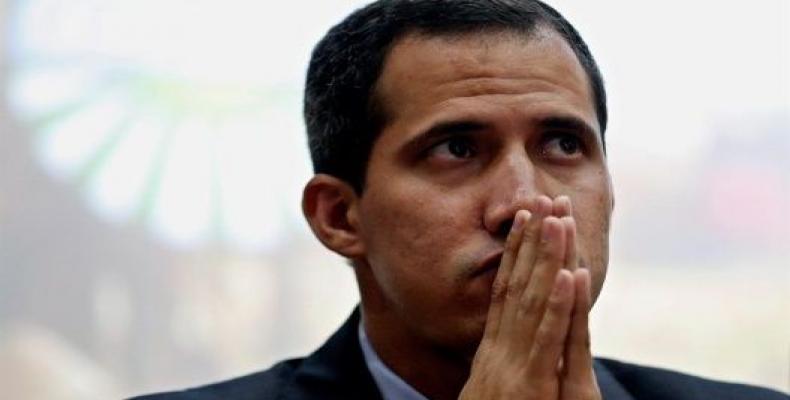 Caracas, June 5 (RHC)-- Venezuelan Foreign Minister Jorge Arreaza said that opposition leader Juan Guaidó is sheltered at the French Embassy in Venezuela.  "We cannot enter the residence of an embassy of any country, in this case Spain or France, and have them taken away by force.  We can't," was Arreaza's response to a journalist who asked about Guaidó's presence at the French Embassy during a radio interview.

"We hope that these governments will change their minds," said the Venezuelan foreign minister, who urged the two European countries to "hand over those who want to escape Venezuelan justice."  Arreaza called the situation "deeply irregular," adding that "it is a shame for Spain's diplomacy, it is a shame for France's diplomacy."

For its part, France has denied that the opposition leader has taken refuge in any of its diplomatic buildings in Caracas.  "Mr. Juan Guaidó is not at the French residence in Caracas," the Foreign Ministry spokeswoman said in a statement, according to France24.

Spain and France are two of the 50 countries that recognize Juan Guaidó as interim president of Venezuela.

The reference to Spain is because Guaidó's fellow opponent and mentor, Leopoldo López, is hiding at the residence of the Spanish ambassador in Caracas after escaping from house arrest and leading a failed uprising with a group of military personnel led by Guaidó on April 30, 2019.