Bolivian prosecutor asks for 15 years in prison for Jeanine Añez 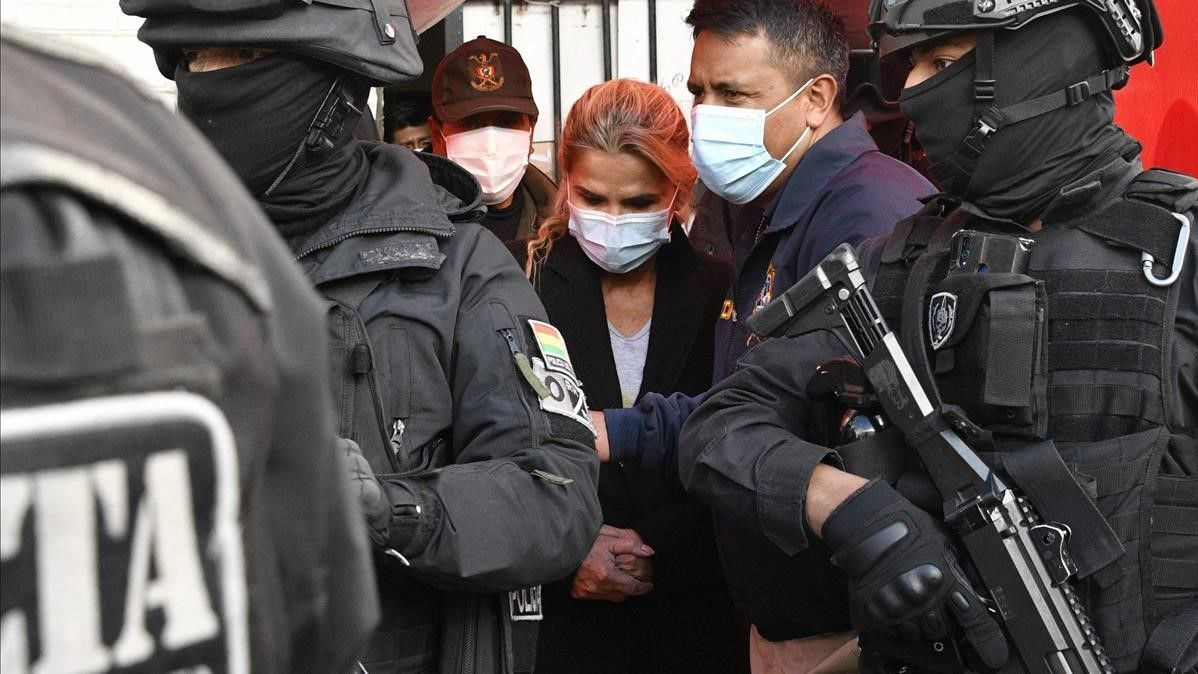 La Paz, June 7 (RHC)-- The Bolivian Attorney General's Office has requested 15 years in prison for the coup-leader Jeanine Áñez.  The request took place when the trial against her resumed after being paralyzed since April due to maneuvers carried out by her defense attorneys.

Over 70 pieces of evidence and nearly twenty witness statements were presented in the "Coup d'état II" case, in which former Senator Añez is accused of breach of duties and unconstitutional resolutions.

In the morning, her defense presented a new "recourse of complaint" at the headquarters of the Constitutional Court in Sucre city to challenge a rejection of a previous request through which she challenged the constitutionality of the procedures in the "Coup d'état II" case.

It has now been two years since the Senkata massacre in Bolivia.  Ten indigenous anti-coup protesters were shot and killed by the U.S.-backed Añez regime in the city of El Alto.

According to her lawyers, Añez "did not execute any coup d'etat," without offering any proof.

Former presidential candidate Carlos Mesa, Santa Cruz Governor Luis Camacho, and other politicians who backed the coup against President Evo Morales also argue that "there was no coup in 2019" and that Añez is a victim of political persecution and legal abuse.

The "Coup d'état II" case, however, accuses Añez of illegally assuming the country's highest functions after violating Senate regulations to assume the interim presidency.  Previously, in the "Coup d'état I" case, she was charged with terrorism, sedition and conspiracy.