Jeanine Áñez to face terrorism and conspiracy charges in 2019 coup 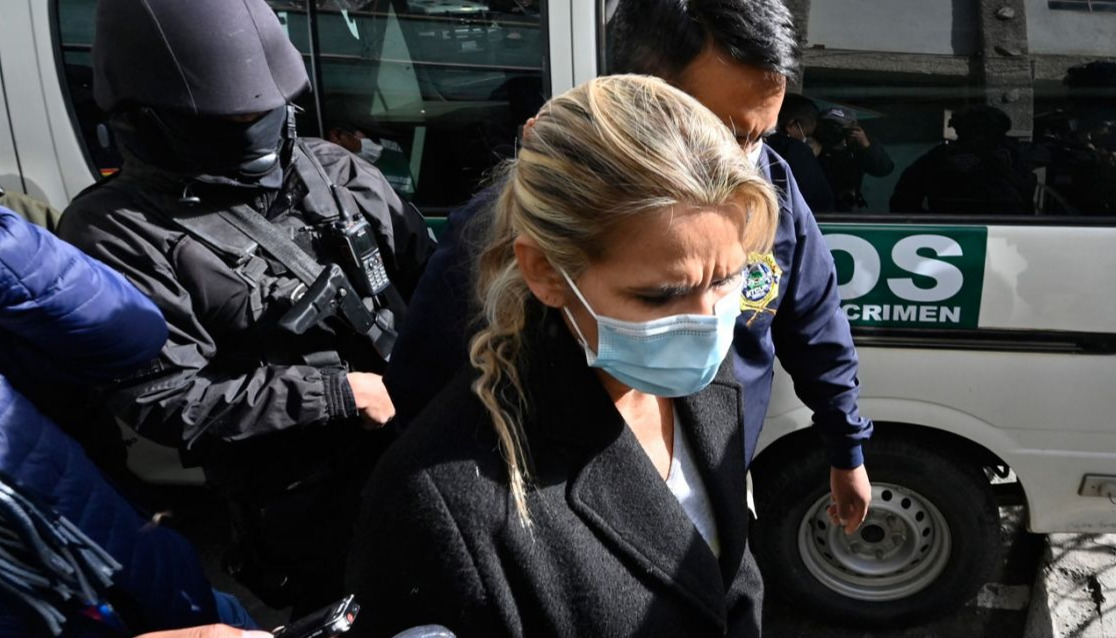 Jeanine Áñez to face terrorism and conspiracy charges in 2019 coup​

La Paz, June 13 (RHC)-- Jeanine Áñez and the authorities who accompanied her in her de facto administration between 2019 and 2020 must now face the Golpe de Estado I case for the crimes of terrorism and conspiracy.

The crime of sedition, which was also included in the initial indictment, was eliminated from the Penal Code.  The Departmental Prosecutor's Office of La Paz informed at the time that it carried out the investigations and in the preliminary stage issued summons and subpoenas for the accused.

Some of the persons under investigation fled the country, such as the former ministers of Government, Arturo Murillo, imprisoned in the United States; Fernando López, of Defense; Roxana Lizárraga, of Communication, and, among others, Karen Longaric, of Foreign Affairs.  Others are listed in the files with "whereabouts unknown."

In order to prevent the defendants from escaping and to guarantee their presence during the investigation, the justice system issued arrest warrants.

Other military chiefs received prison sentences ranging from two to four years.  The facts for which Áñez was sentenced in the Golpe de Estado II case have to do with the actions attributed before her self-proclamation as president of the State.

The former legislator was arrested in the early morning of Saturday, March 13, 2021.  She was then charged in the Coup d'Etat case for the events of November 2019.