Mexico Says Force Will Be Used Against Striking Teachers 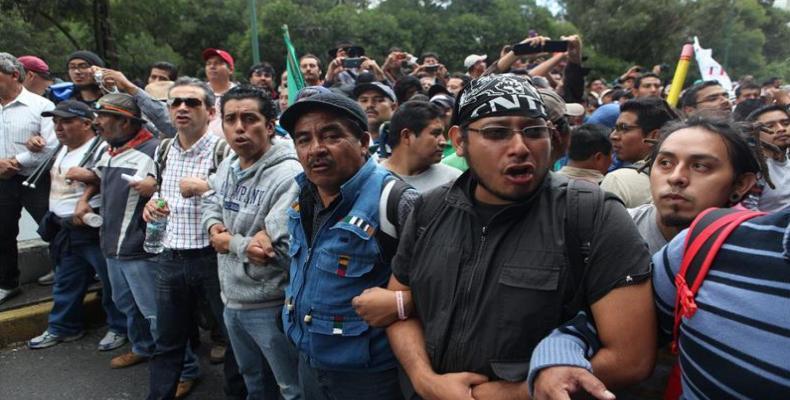 Mexico City, June 16 (RHC)-- In Mexico, teachers from the CNTE union have pledged to increase their protest actions after the government arrested several of their leaders.  Meanwhile, Renato Sales Heredia, national security commissioner, stated unequivocally that the government will use force to repress mobilizations by striking teachers and their sympathizers.

Common protest tactics in Mexico include the shutdown of major highways or the staging of protest camps in front of government offices.  The CNTE, which is presently on strike over the government's education reforms, often employs these types of political actions.

Heredia said that, what he called a “moderate use of force," would be used to clear out these types of protests.  He added that it would only be used as a “last resort,” but the Mexican government has been the subject of criticism by human rights groups for often employing force against protests.