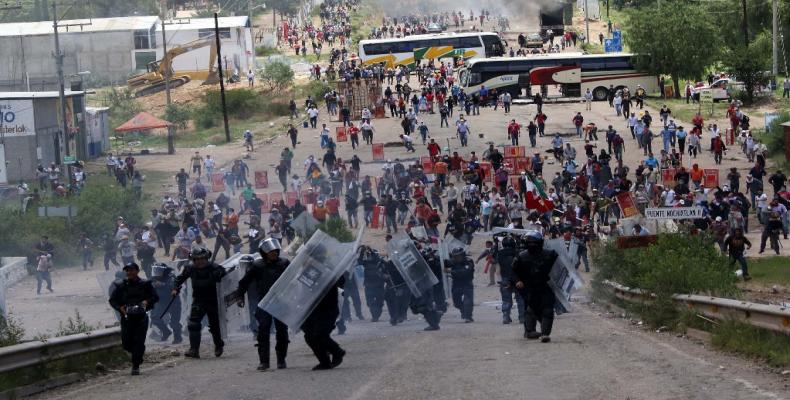 Adelfo Regino Montes submitted his “voluntary and irrevocable” resignation to authorities Monday, local media reported, the day after clashes between police forces and thousands of teachers from the CNTE union protesting neoliberal education reforms erupted Sunday in the town of Nochixtlan, northwest of the state capital Oaxaca City.

According to the Mexican daily La Jornada, Regino Montes said: “I cannot be part of a government that uses public force and repression as the solution instead of engaging in dialogue.”

The state of Oaxaca has a long history of repression and resistance.  One decade ago, conflict broke out in the state when a teachers’ strike over low education funding morphed into a broad-based popular uprising demanding the resignation of state Governor Ulises Ruiz Ortiz, who refused to step down.  Movements used non-violent protests and occupied Oaxaca, but faced repression and criminalization.

The Oaxaca Truth Commission found that the state and federal government committed “massive and systematic” human rights abuses, including extrajudicial killings, in the course of the uprising between 2006 and 2007.