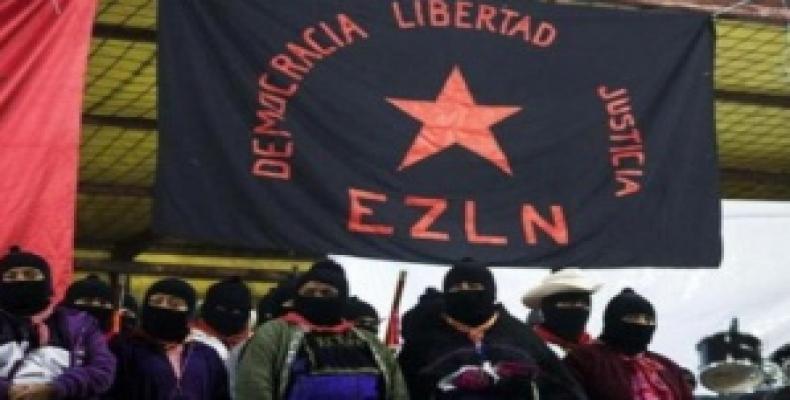 Trucks with sacks of food began arriving in the City of Palenque, located in the north of Chiapas and famous for its Mayan ruins, on Friday morning.

The supplies were delivered to union teachers and will be distributed among the teachers, who have erected blockades on highways as part of protests in opposition to the education reforms of President Enrique Peña Nieto.

The National Indigenous Council and the Zapatista Army of National Liberation, or EZLN, have long supported CNTE teachers in Chiapas and have publicly criticized the state's repression of protesters and activists.

The Zapatistas have encouraged teachers affiliated with the CNTE union to keep fighting, especially after the massacre in the Indigenous community of Nochixtlan in Oaxaca on June 19, when 11 people lost their lives.

Meanwhile, the Zapatistas solidarity has been met with appreciation from the CNTE, whose members are often poor, and the teachers had previously pledged to continue their protests until their demands are met. Items Zapatista groups have donated to the teachers include beans, rice, coffee, pepper, squash, sweet potato, cassava and plantain.