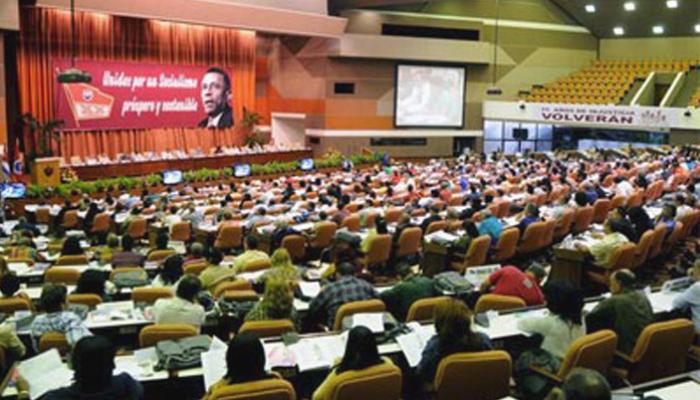 The National Secretariat of the Cuban Workers’ Confederation, which was elected Saturday at the 20th congress of the organization, acknowledged Revolution leader Fidel Castro and president Raul Castro distinctions recognizing their contribution to the workers’ movement.
During the closing session of the congress, at Havana’s Conventions Palace, Raul Castro was awarded a 75th Anniversary Distinction of the Workers’ Confederation by the newly elected general secretary of the organization, Ulises Guilarte de Nacimiento.
Meanwhile, two Cuban artists granted Fidel art works acknowledging his contribution to the workers’ movement too. The paintings were given to Raul Castro.