U.S. admits unknown cause of diplomatic health problems in Cuba 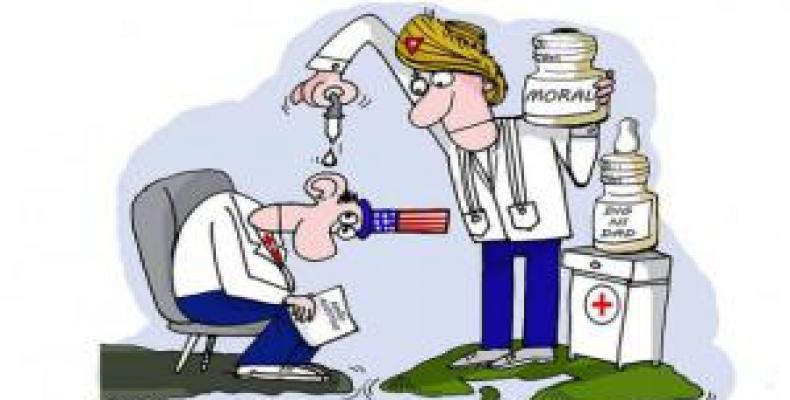 Havana, June 11 (RHC)-- The Cuban Foreign Ministry has issued a statement in Havana on Sunday, acknowledging that the United States admits it does not know the explanation, nature or cause of the health problems reported by its diplomats.

On May 29, 2018, the Embassy of the United States in Havana informed the Ministry of Foreign Affairs of the Republic of Cuba that on May 27, an official of that Embassy had reported health symptoms as a result of “undefined sounds” in her place of residence.

Immediately, the Cuban Government gave top priority to the matter and officially requested the Diplomatic Mission of the United States that specialized medical doctors and investigators, respectively, could interview the official.

A thorough and urgent investigation carried out at the residence premises found no indication of any kind of sound capable of causing health damages.

As in the cases reported before, Cuban authorities and specialists have had no access to the official.

Cuba has reaffirmed publicly and officially its willingness to cooperate in earnest in the joint search for answers, the elucidation and solution to the alleged facts.

After more than a year of research by the specialized agencies and experts from Cuba and the United States, it is confirmed that there is no credible hypothesis or conclusions adhered to science that justify the actions taken by the government of the United States against Cuba to the detriment of the bilateral relationship and with obvious political motivations.

The Ministry of Foreign Affairs has also taken note of the announcement made by the Secretary of State, on June 5th, about the establishment of a Joint Task Force to respond to what he characterized as “unexplained health incidents that have affected a number of U.S. government personnel and family members stationed overseas,” specifically in Cuba and the People’s Republic of China.

The announcement states verbatim that “the precise nature of the injuries suffered by the affected personnel, and whether a common cause exists for all cases, has not yet been established.”

Guaranteeing the health and security of Cubans and foreign citizens, has been, is and will be a priority that distinguishes the Cuban nation. It is widely known that the Government rigorously complies with its responsibilities in the attention and protection of the Diplomatic Corps.

The Ministry of Foreign Affairs reiterates that no evidence whatsoever has been presented of the alleged incidents and maintains its unwavering commitment to cooperate with the authorities from the United States to achieve the clarification of this situation and the best medical attention to the persons concerned.

And the statement issued by the Cuban Foreign Ministry on Sunday, June 10th concludes: "Cuba is and will continue to be a safe, stable and attractive country."