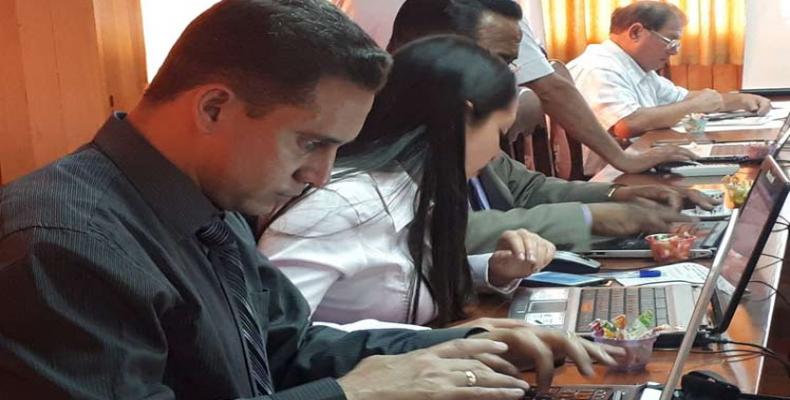 Havana, November 16 (RHC)-- With more than 300 contributions and broad consensus on inconsistencies in the hypotheses about alleged sonic attacks on U.S. diplomatic personnel in Havana, the first day of an on-line forum of scientists and experts in different fields concluded yesterday, with the debate continuing for a second day on Thursday.

The Cuban Science Network's website hosted the on-line debate here in Havana, with impacts from all over the world.

According to U.S. authorities, diplomatic personnel in Havana reported symptoms which they attribute to what they call "sonic attacks."  Those affected described hearing sounds within their residences and supposedly experiencing symptoms ranging from nausea, headaches, dizziness, hearing loss, stomach aches, memory loss and concussions.

The on-line forum focused on three basic questions.  Could the symptoms described be the result of sonic agents?  Could other illnesses cause such symptoms?  Does the possibility exist that the symptoms were of a psychological origin?

Dr. Manuel Jorge Villar Kuscevic, Cuban otorhinolaryngologist and professor, responded to a question from the daily newspaper Granma regarding the recordings of sounds leaked by the U.S. media, which supposedly caused health problems.

Villar, also the head of Otorhinolaryngology-Head and Neck Surgery at Enrique Cabrera Hospital, explained that the process of analysis undertaken when the recordings were received, noting that none of the sounds reached 74.6 decibels, and could not cause damage to human health.

PhD physicist Carlos Barceló Pérez, professor at the Institute of Hygiene, Epidemiology and Microbiology, described the kinds of sounds that could possibly cause harm, noting that a person exposed to sounds on the order of 85 decibels, over a long period of time, could begin to experience hearing loss, while a sudden, explosive sound can damage the ear drum, and lead to permanent damage.

All of the experts participating in the on-line forum agreed that there is simply no evidence of exposure to such sounds.

Dr. Michel Valdés-Sosa, director of Cuba's Neurosciences Center, described accepted scientific principles to evaluate evidence, used to support any conclusion.  The data must be shared so that it can be verified and replicated by others.  He concluded: "Open information, objective evidence, and independent replication are three elements accepted internationally in any investigation."