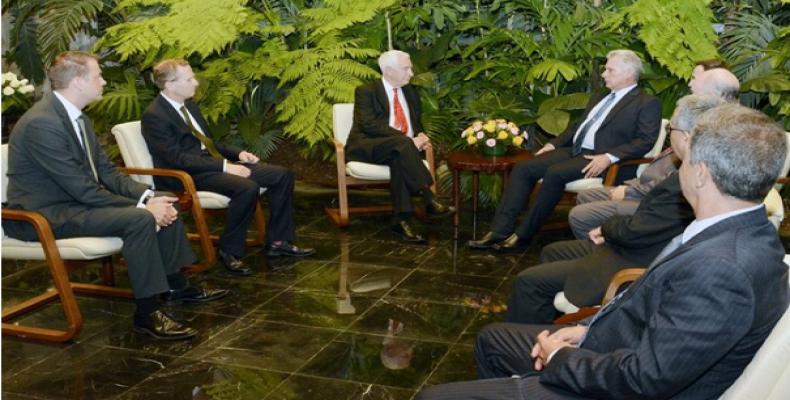 Havana, June 18 (RHC)—Cuban president Miguel Díaz-Canel Bermúdez met on Tuesday with Lord David Triesman, co-president of the Cuba Initiative, who is heading a delegation of businessmen from the United Kingdom of Great Britain and Northern Ireland visiting the island.

According to Granma newspaper, the meeting confirmed the good status of bilateral economic relations and Cuba´s commitment to continue strengthening its relations with the Initiative.

Lord Triesman was accompanied by  Antony Stokes, UK ambassador in Havana, and Chris Bennett, coordinator of the Cuba Initiative.

The visit materializes the relaunching of the Cuba Initiative, in correspondence with the will expressed by both parties during President Díaz-Canel´s viisit to London, in November 2018.

The Cuba Initiative is a bilateral mechanism to promote economic, commercial and social relations between Cuba and the United Kingdom.