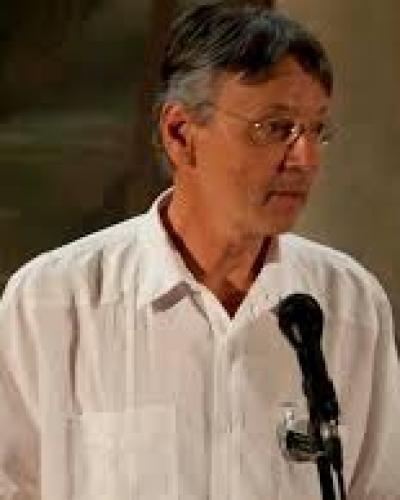 Havana, May 8 (RHC) – In Havana on Wednesday, Herman Van Hooff, representative in Cuba of the United Nations Organization for Education, Science and Culture (UNESCO), was presented with the Friendship Medal given by the Cuban Council of State.

During the ceremony, Deputy Foreign Minister, Rogelio Sierra, highlighted the intense and friendly bonds established for almost a decade between the diplomat and Cuban institutions of different sectors, like communications, education, computing, culture and environmental protection.

We won’t forget either, pointed out Sierra, his support year after year for the resolution presented to eliminate the economic, commercial and financial blockade imposed by the United States on Cuba.

In his words of thanks, Van Hoof, also the director of the Regional Culture Office of UNESCO for Latin America and the Caribbean, recalled that his mission was much more enjoyable thanks to the colleagues that surrounded him.

The official commented that both he and the top representatives of UNESCO based in Paris have a high criterion on the cooperation received by the office of this organization to Havana from the Cuban government, the relations of which are open and always constructive.