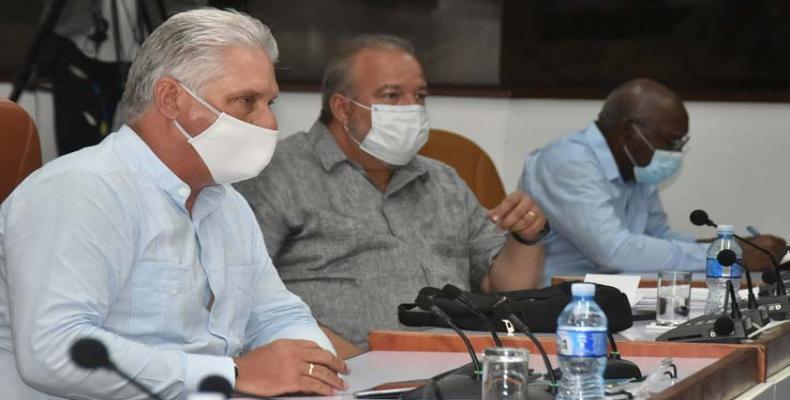 Havana, August 19 (RHC)-- Cuban President Miguel Díaz-Canel said on Wednesday in Havana that the country urgently needs to sustain its development in agricultural production, which requires more agility in implementing the transformations demanded by the sector.

During a videoconference with the highest authorities of the provinces and the special municipality of Isla de la Juventud, the president discussed the program of food production and food sovereignty, and insisted on the contributions that science and innovation can make to achieve better results.

The head of state referred to the impact of agriculture on the country's strategy to recover its economy in the midst of the crisis generated by COVID-19, and said that work must be done more quickly on the proposed changes.

Among these, he mentioned the innovative incentive systems for producers, exports, tax treatment and production promotion.  Diaz-Canel also spoke of the importance of transforming the production model, with rapid and sufficient contributions, aimed at seeking a dynamic and integrated agrifood management and planning, in local supply circuits.

And the Cuban president called for an end to the concept that everything will come from a National Plan, and called for the strengthening of government, administrative and business management from the provinces.