Havana, September  9 (RHC)-- Cuban Foreign Minister Bruno Rodriguez denounced that the judicial processes in Bolivia and Ecuador against Evo Morales and Rafael Correa, respectively, intend to silence the voice of the peoples. 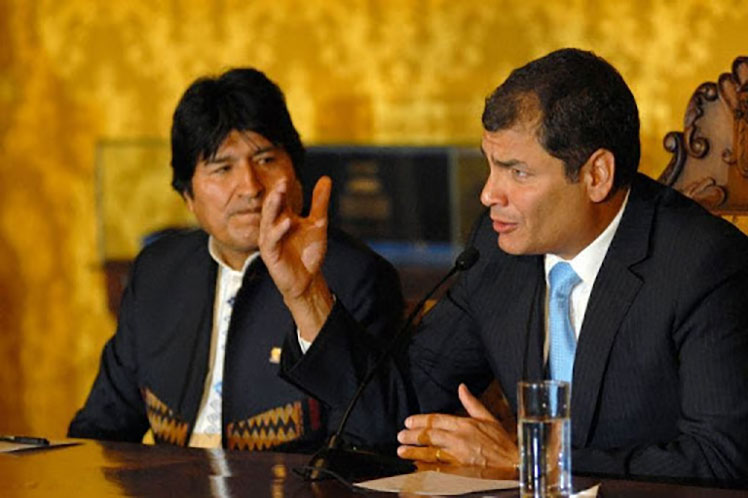 The Minister reiterated on Twitter that these actions are politically motivated. They seek to prevent the election of leaders who led processes that significantly improved the social indicators of their countries.

A tribunal of the National Court of Justice of Ecuador rejected on Monday the appeal in cassation presented by the former president Rafael Correa and other defendants in the Bribery Case 2012-2016.

With the ratification of the sentence, the political leader is deprived of the possibility of running for the vice presidency of the country in the ticket proposed by the Union for Hope, along with Andres Arauz, as president.

Likewise, a constitutional court in La Paz determined the disqualification of former president Evo Morales to run as a candidate for the Senate for the department of Cochabamba, representing the Movement Towards Socialism (MAS), in the elections of October 18.

The President of Venezuela, Nicolás Maduro, rejected on Tuesday the judicialization of Morales and Correa, in order to disarticulate the options led by these leaders towards the elections in their respective countries.