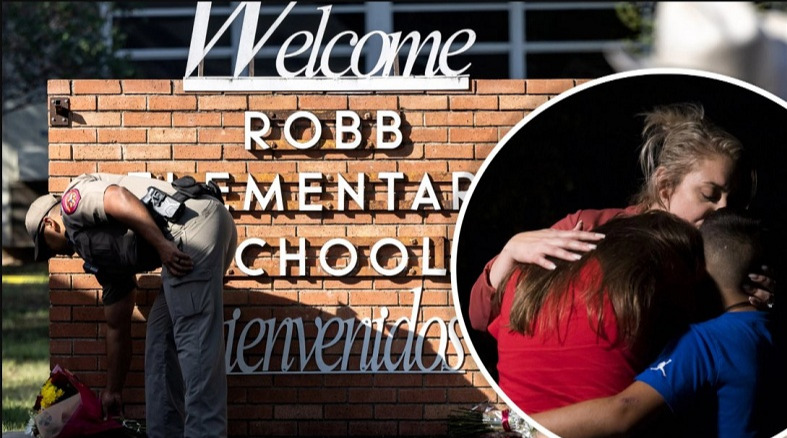 A few days ago I read an article by journalist David Brooks, where he writes that it would be good not to invite the United States to the next Summit of the Americas, at least until that country resolves its serious internal conflicts and brings to justice those responsible for undermining civil rights and liberties.

Brooks, who is a correspondent for the Mexican daily La Jornada in the U.S., adds that Washington should also make those who committed war crimes pay for their actions, both before that society and before the international community.

Such words came to mind when I read details of the horrific massacre committed on Tuesday at an elementary school in Texas, where an 18 year old man shot and killed 19 children and two teachers, and wounded several others.

The defenders of the sale and possession of guns by civilians in the United States hide behind the Second Amendment to the Constitution, a legal instrument written in archaic English and not very understandable today, which was approved in 1791, 231 years ago.

To put it more clearly: with a text written in the 18th century, an immoral trade is justified in the 21st century.

This is not the only contradiction in a country that is plagued by paradoxes. No one under 21 years of age is allowed to buy alcoholic beverages in any store or supermarket in several states. If someone sells it to them, they are committing a federal crime.

But if you have already turned 18, you can without any problem purchase firearms, even of calibers usually reserved for the military or police forces. The seller, in this case, is not violating any law.

The perpetrator of the most recent mass shooting, the 200th so far this year in the United States, took advantage of his 18th birthday to go to a store specializing in this type of device where he bought two rifles.

It seems that in the country that talks so much about human rights, that criticizes and punishes those who in its opinion do not comply with these norms, no one has noticed that in 2020 firearm injuries became the first cause of child death, above traffic accidents.

No enemy of the "perfect democracy" says so. It is official data published by the Centers for Disease Control and Prevention, one of the pillars of that country's health system, not very advanced, by the way.

The unnecessary death of a child hurts everyone, it is a cause for indignation, but above all it should lead to action so that acts like this are not repeated. There are plenty of resources, what is lacking is will and courage.