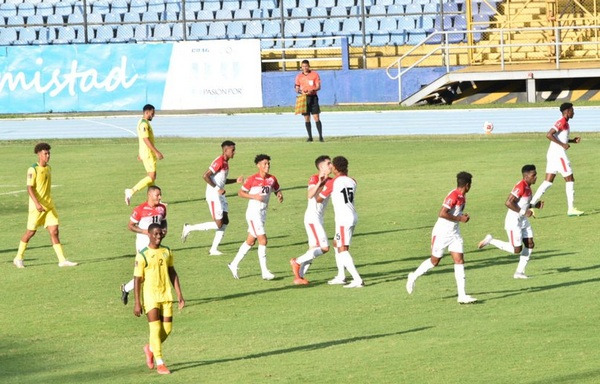 Havana, October 23 (RHC)-- The Cuban national soccer team will participate on November 10 and 13 in a friendly match against Nicaragua, initially scheduled for the month of October.

The team, in the process of structuring, needs to play to consolidate the good image left in the recent World Cup qualifiers in which, despite not getting the pass to the next stage, it was able to experience a hopeful and favorable change.

To face this commitment, the group led by Pinar del Río's Pablo Elier Sánchez has 23 men, including Jorge Luis Corrales and Dayron Reyes, back after resolving the formalities that left them out of the last call-up.

Different is the fate of Pinar del Río goalkeeper Raiko Arozarena, who despite seeing minutes in his new team will not be called up by Cuba because he has a single-entry visa to the United States.

In other words: that visa does not allow him to join the national team and return to fulfill his commitment with the Tampa Bay Rowdies, of the USL.

"We follow his work and are very happy that he is getting minutes at his club. We hope that the condition of his visa improves so that he can have the option of being called up to the national team," Miguel Díaz Pérez, technical director of Cuban soccer, told JIT.

Other interesting additions are young winger Osniel Ramos and Camagüey midfielder York González, who returns to the call-up.