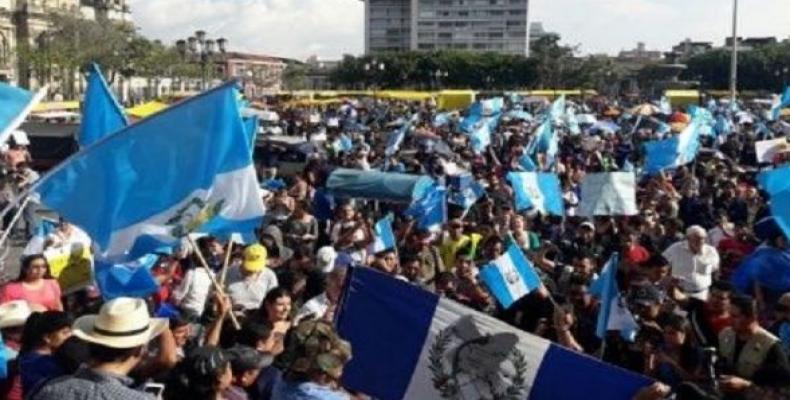 Guatemala City, August 29 (RHC)-- In Guatemala, protesters poured into the streets of Guatemala City to protest against corruption, amid a standoff between Guatemalan President Jimmy Morales and the highest court over whether Morales could expel the head of a U.N. anti-corruption taskforce.

President Morales ordered the expulsion of Ivan Velasquez, the head of the International Commission Against Impunity in Guatemala -- only days after the commission said the president should be investigated for illegal campaign financing.  Only hours later, Guatemala’s constitutional court suspended the president’s order.

Protest organizer Patricia de Leon told reporters: "The problem the president has is not just the allegations against him and his family.  He is a president who has not carried out his duties in these two years, and the people of Guatemala are sick of so much poverty, of so much corruption, highways you can’t use, children who are malnourished.  Morales is a clown, a buffoon and corrupt."