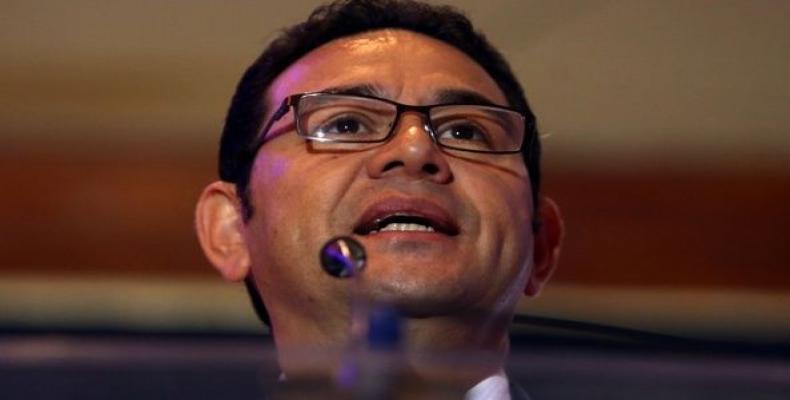 With 79 votes in favor of keeping Morales’ immunity and avoiding an investigation by the Attorney General’s Office, legislators blocked any possibility for Jimmy Morales to be investigated for illegal financing during the 2015 electoral campaign.  Only 39 lawmakers of opposition parties voted to lift his immunity.

On August 28, Congress formed an investigation commission to review the case against Morales at the behest of the CICIG and the Attorney General’s Office.   Its duty was to present a report to the plenary for legislators to vote on whether or not Morales should lose his immunity.

The report concluded that “allowing the withdrawal of immunity for officials and dignitaries with pre-trial rights amounts to a violation.”  It also argued the norms in Morales’ accusation were “confusing” and that “there was no clear relation between an atypical conduct and the sanctions to be imposed.”

Fernando Montenegro, the head of the congressional commission disagreed. “What we had to do was to establish a fact, not qualifying that fact.  We are not prosecutors or judges to qualify the facts,” he said.

According to the investigations, in 2015, when Jimmy Morales was a presidential candidate and secretary general of the conservative National Convergence Front party, he received over $1 million in unreported campaign contributions, breaking the regulations put in place by the Supreme Electoral Court (TSE).

Montenegro argued that in this case there was a fact because they had access to audios, declarations, checks, deposits, and instructions to wire money.   According to Montenegro, that was enough to allow an investigation into the alleged crime.

Activists and opposition sectors are concerned over the levels of impunity in Guatemala.  Shortly after the CICIG and the Attorney General’s Office submitted the request for a pre-trial, Morales announced he would not renew the CICIG’s mandate and banned the head of the CICIG, Ivan Velasquez from entering the country affecting his capacity to lead the Commission’s work in the country.