Demonstrators in Spain demand justice for victims of Franco era 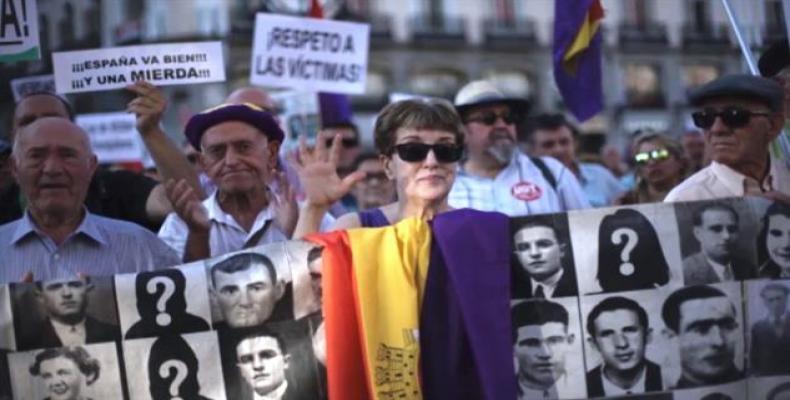 Madrid, July 20 (RHC)-- On the anniversary of the coup led by military dictator Francisco Franco, which started the Spanish Civil War in 1936, hundreds of people rallied in Madrid to demand justice for the victims of the Franco era.

Demonstrators and relatives of those who went missing during the ensuing Franco era gathered with portraits of their beloved ones in the capital, Madrid.  They condemned legislation which guarantees impunity for Franco's crimes, including the Law of Amnesty, and demanded that victims of the coup should be guaranteed the right to truth, justice and compensation.

The fascist leader, General Francisco Franco, ruled over Spain from 1939 until his death in 1975.