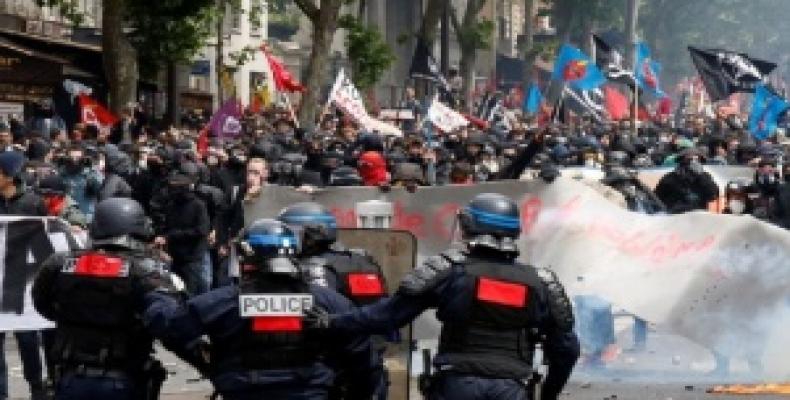 Paris, June 22 (RHC)-- The French government has lifted a ban on a planned protest march against unpopular labor reforms in the capital, Paris, only a few hours after the imposition of the prohibition.

Philippe Martinez, the head of the General Confederation of Labor (CGT) union, which is leading the rallies in the European country, said on Wednesday that the government gave the go-ahead for the rally scheduled for Thursday.

"After tough talks with the interior minister, the union and student organizations obtained the right to demonstrate," Martinez said, describing the U-turn as a "victory for the unions and for democracy.”

The government had earlier cited security concerns in denying permission for the Thursday demonstration, organized by seven unions and student groups.

French police had insisted on a stationary event in order to have better control on it.  However, during Wednesday’s negotiations, the two sides finally agreed on a shorter 1.6 kilometer (one-mile) alternative route proposed by the Interior Ministry near the center of Paris.

French President Francois Hollande had threatened the ban after the violence reached a peak in Paris last week, just four days after the start of the Euro 2016 soccer tournament, which is expected to attract around two million foreign visitors.