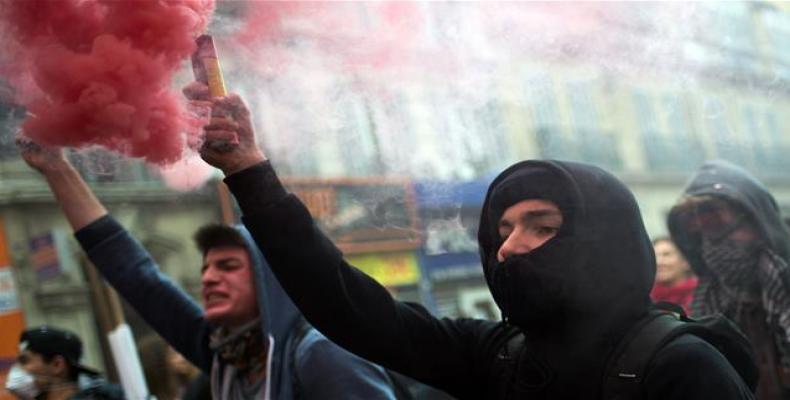 Paris, April 28 (RHC)-- French protesters have once again taken to the streets demanding reversal of controversial planned reforms to the labor law.  Protests were reported on Thursday in the capital Paris and elsewhere across France as parliament prepares to debate the reforms on May 3rd.

Workers burned tires on roads to halt traffic while Orly airport, France's second-largest, was ordered to cancel 20 percent of flights.  The situation at the larger Charles de Gaulle airport was normal as traffic was almost unaffected by the rallies north of the capital.

Police fired tear gas at protesters in the western city of Nantes where a group of students and rockers reportedly threw stones, paint and smoke bombs at security forces.

The action comes as union leaders seek to maintain the momentum of a movement that has triggered large demonstrations in France for four separate days, bringing to a standstill many services in major cities. The unions say the proposed legislation would make it easy for employers to hire and fire.