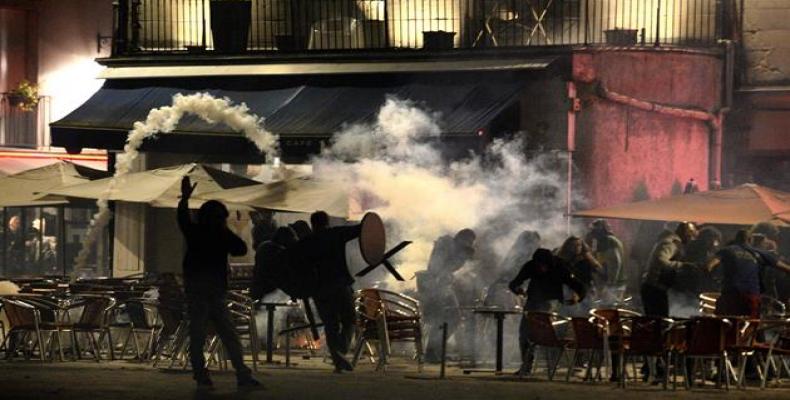 Paris, May 12 (RHC)-- Thousands of angry protesters have held fresh nationwide demonstrations against a government decision to bypass parliament and impose a relaxation of the country’s protective labor laws by decree.

Labor and student unions as well as far-left parties joined the demonstrations against proposed labor reforms in the French capital Paris on Thursday.

The Interior Ministry has reported traffic halted by road blockages in some places across the capital. The ministry has also advised motorists to stay away from central Paris ahead of an afternoon march.