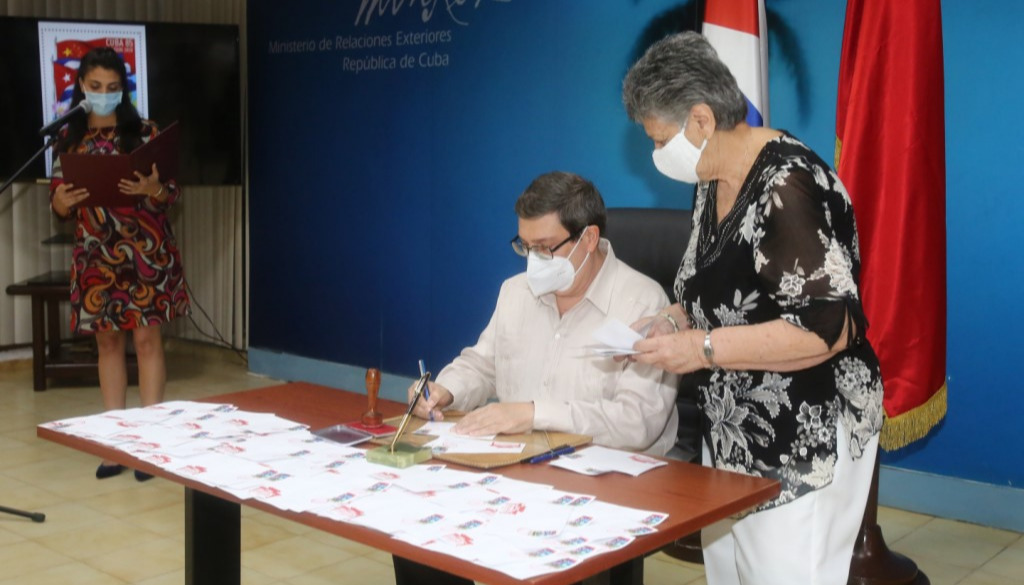 During the ceremony, the Deputy Minister of MINREX, Anayansi Rodriguez Camejo, highlighted that Cuba is honored to have been the first Latin American country to establish diplomatic relations with the New China 60 years ago and to have contributed modestly to the advancement of its relations with our region.  She also pointed out that, during these six decades, the relations between China and Cuba have been characterized by the high level of dialogue, political trust, agreement and mutual support in the international forums and the exchange on the respective experiences in the construction of socialism.

For his part, Ambassador Chen Xi recalled significant milestones in the historical relations between both countries and ratified the willingness of the Chinese Communist Party, government and people to continue promoting exchanges and deepening bilateral cooperation.