Cuban jazz to travel from Havana to New York 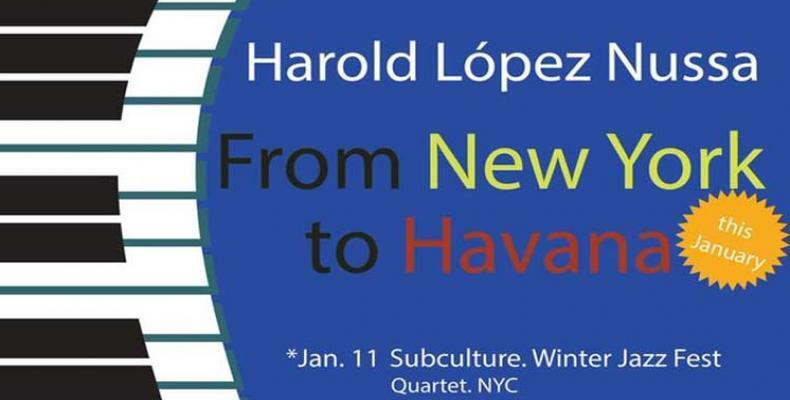 Havana, January 9 (RHC)—Pianist Harold Lopez-Nussa will take Cuban jazz from Havana to New York during his first tour in 2020, 'Harold de ida y vuelta,' according to the Ministry of Culture.

Lopez-Nussa will participate in the musical marathon that will take place at the 2020 NYC Winter Jazzfest, one of the most distinguished events of the genre, which turns Manhattan into a hotbed of cultural discovery and presents new sounds and international exponents.

The jazz musician, who has collaborated with important Cuban figures such as Omara Portuondo, Leo Brouwer and Chucho Valdes, will offer his talent on several New York stages, which he will share with harmonica player Gregoire Maret (Switzerland) and drummer Earl Brooks Jr. (Trinidad and Tobago).

The tour will conclude in Cuba with performances by popular artists Cimafunk, Kelvis Ochoa and El Comite on the occasion of the 35th International Jazz Plaza Festival, to be held in the Cuban capital from January 14 to 19.