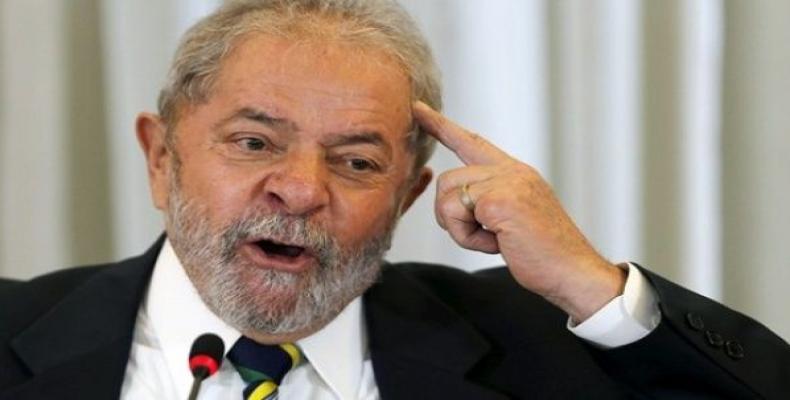 Brasilia, July 14 (RHC)-- Former Brazilian President Luiz Inacio “Lula” da Silva says that his prosecution, which is based on unsubstantiated evidence, is politically motivated.  During a televised press conference, the 71-year-old Workers’ Party, PT, leader said the move is intended to destroy his group’s reputation ahead of the 2018 elections.

The former Brazilian president was sentenced on Wednesday to nine years and six months over corruption charges in the Operation Car Wash investigations.  He was condemned for alleged passive corruption crimes and money laundering, as well as allegedly receiving bribes of about $1.15 million.  However, prison time has not been applied as the prosecution awaits an appeal.

The PT leader affirmed that the investigation and charges were based on news reports that provided no substantial proof and a blank document without any names or signatures that prosecutors want to pass as evidence of corruption.

“They want to eliminate me from the political game.  If they think that this will leave me out, know that I'm still in the political game,” Lula said.  “As my enemies are defying me, I'm calling on them to present one piece of solid evidence against me.  There isn't any proof that I committed such crimes.”