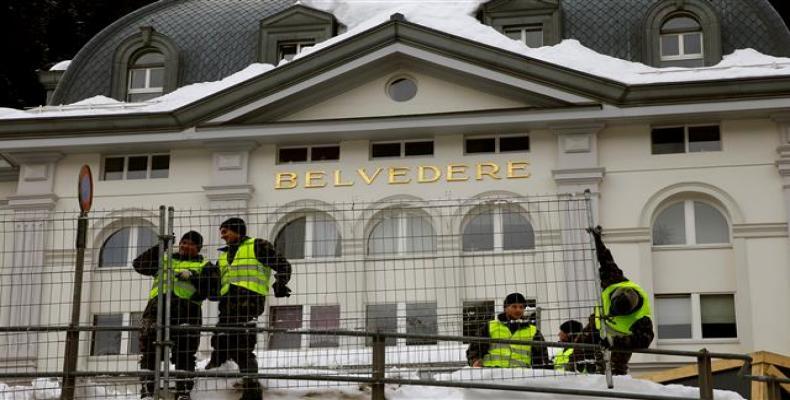 Zurich, January 13 (RHC)-- An on-line campaign is gaining momentum to uninvite U.S. President Donald Trump from the annual World Economic Forum in the Swiss town of Davos this month over his controversial policies.  The campaign launched by Zurich-based NGO Campax has so far gathered more than 10,000 signatures.  The activists are also organizing a "non-welcome" committee at the Zurich Airport.

The campaign has been launched in protest at Trump's policies, including his decision to exit the 2015 Paris climate accord and his "America First" policy.  Trump, who has called climate change a Chinese "hoax," pulled the U.S. out of the Paris Agreement on climate change in June, a year after his predecessor Barack Obama signed it.

The Paris Agreement entered into force on November 4, 2016 and has been signed by 197 countries, 135 of which responsible for over 75 percent of global greenhouse gas emissions have now formally ratified it.

The campaign for uninviting Trump from the Davos summit comes as he has already cancelled his planned visit to London amid warnings of mass protests.  Although Trump claimed he was postponing next month's trip to open the new U.S. embassy in London because he did not like the location and cost of the building, British Foreign Secretary Boris Johnson suggested the decision to cancel the trip was prompted by the strong public and political opposition to Trump in Britain.

Trump will be the first sitting U.S. president to attend the Davos summit since Bill Clinton took part in the event in 2000.  Switzerland is gearing up for the event, which has a hefty $9.3-million security budget, with more than 5,000 soldiers and 1,000 police forces.  The Swiss army has started erecting checkpoints on roads leading to Davos and the venue of the event.