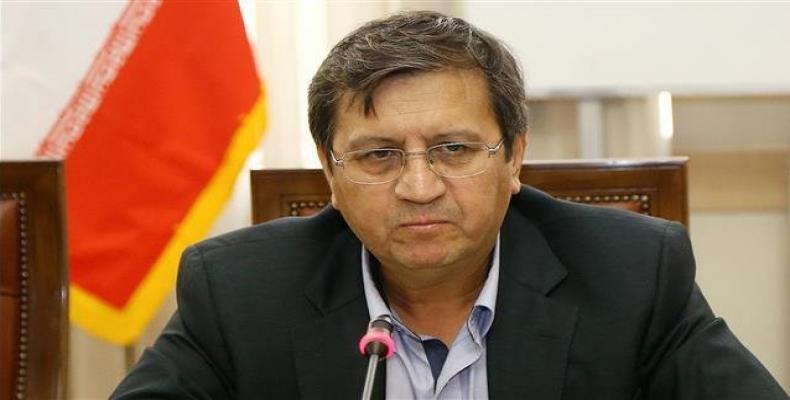 Tehran, November 6 (RHC)-- Iran has voiced defiance against returning U.S. sanctions with the country’s top banker saying that all necessary arrangements to continue trade with partners had already been made.

Abdolnassr Hemmati, the governor of the Central Bank of Iran (CBI), was quoted by media as saying that Tehran was in direct contact with its partners in search for mechanisms to keep the flow of trade alive in face of the sanctions.

"We have been in talks with our trade partners and all the necessary actions have been taken for Iran's interactions to continue," Hemmati said.  "We were expecting these sanctions, so we had plans in place for them and beyond... considering the possibility of banks being disconnected from SWIFT we have considered alternatives to replace it."

Earlier, Iran’s Economy Minister Farhad Dejpasand said that Iran had devised a serious plan to pass through what he described as a crucial juncture that the sanctions, as he said, had created.

Dejpasand said the details of the plan could not be specified, but stressed that using domestic resources was a primary objective.  On Monday, U.S. Secretary of State Mike Pompeo and Treasury Secretary Steven Mnuchin unveiled what they described as one of the toughest regimes of sanctions against the Islamic Republic -- sanctions that would most significantly comprise banking restrictions and bans on Iran’s oil exports.

Pompeo said the U.S. had successfully persuaded over 20 countries to stop or dramatically reduce their oil imports from Iran, causing Tehran’s overall sales to suffer by more than one million barrels per day.