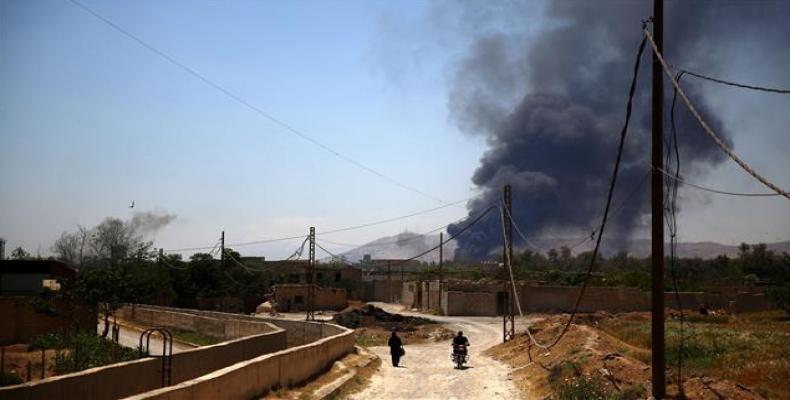 Damascus, February 17 (RHC)-- At least 15 civilians have been killed in northeastern Syria in airstrikes carried out by the so-called U.S.-led coalition purportedly hitting Daesh positions in the Arab country, a monitoring group says.

The Syrian Observatory for Human Rights said that 20 more people also sustained injuries in the Tuesday U.S.-led attacks on the town of al-Shadadi in Hasakah province.  The UK-based monitoring group added that the overall death toll was likely to rise.

Since September 2014, the U.S. along with some of its allies has been conducting air raids against what are said to be the Daesh Takfiri terrorists inside Syria without any authorization from Damascus or a UN mandate.