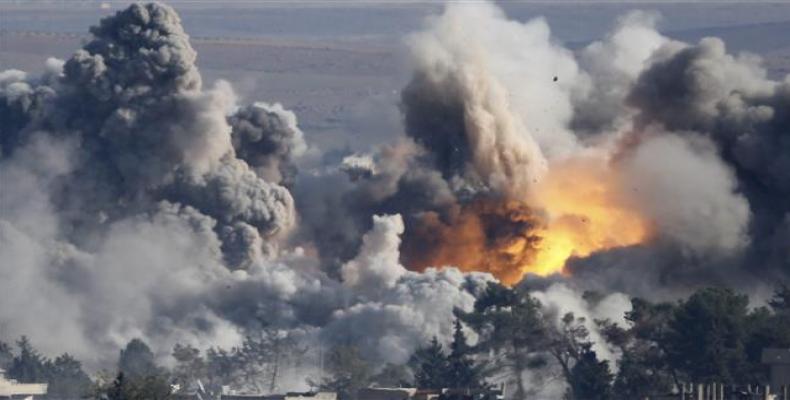 Damascus, June 1 (RHC)-- At least 15 civilians, including three children, have been killed in northern Syria in U.S. airstrikes purportedly targeting Daesh positions in the Arab country.

The so-called Syrian Observatory for Human Rights (SOHR) said Wednesday that the attacks had occurred in the city of Manbij in Aleppo Province during the past 24 hours.

Elsewhere in northern Syria, thousands of troops from a Kurdish-Arab alliance are launching an attack to capture a crucial area from the Daesh known as the Manbij, following weeks of preparations.

The Pentagon has reportedly deployed more than 200 Special Forces troops alongside the Syrian Democratic Forces (SDF), a coalition of Kurdish, Arab, Assyrian, Armenian, and Turkmen fighters.